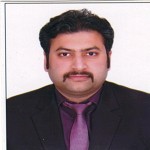 This is a case study of one of our new clients. Though this being an actual scenario, however, it should be considered for educational purposes only.

Initially, the client took our services for GST (Goods & Services Tax) compliance and then later handed us overall consultancy. Since this was just the beginning, we were taking a brief view of what exactly is the client doing and the status of their operations. On going further with this professional association, there was regular complaining by the client about lack of funds. They were not able to pay GST on time, Income tax of previous year was not paid and other regular payments were delayed.

We supported the client by more detailed tax planning so that taxes can be reduced. The moment we calculated and asked for payment of Income Tax, again the same issue of lack of funds cropped up. Somehow, they managed in the end as 31.03.2018 was a deadline.

Since, we were already through with the nature of business and turnover of the company, we were sure that there is some mismanagement in handling of money which is leading to this cash crunch. They were doing fire fighting and no planned manner was followed. Let alone creation of fund reserves.

To understand more we enquired about the past income tax returns of the individual owners of the business (Since this was the first year of our association, last income tax returns were already prepared and next returns are to be filed in coming months). On looking at the returns, we found a not so healthy financial position and meagre wealth creation. We asked our client whether they are able to meet their personal expenses from whatever they draw from the business, the answer was YES!. We asked whether there is any wealth creation or reserves with you or any kind of investments, the answer was NO!!

We were amazed at where was the money going, when the business is a profitable venture, revenue stream is fine, being a service industry no particular blockage of money in working capital or operations.

We asked them whether the expenses are being managed properly and paid in time, the client said, almost. There is a crunch of funds all the time and we just keep on delaying the payments and ultimately we pay. There are no defaults in payment.

Ongoing deep into questions and drilling the documents, we did hit the target. THERE WAS LEAKAGE OF FUNDS!! More interesting thing was, leakage was done by owners themselves which they never knew.

What was happening with them:

The owners used to draw money from Bank for expenses and spent it. They knew they are not cheating anyone and doing legitimate expenses which were known to both the owners. What they didn’t know was:

The owners never felt the need to draw a line between business and personal expenses. They never knew that there should be a line and there must continuous increase in capital creation. The only thing they knew was increase of revenue will lead to increase in funds. It is true but not the whole truth.

The employee matter came to the fore on deep drilling through payment structures and time period of association of the staff. We found that an employee was with them since last 4 years, without a raise. Owners told us he is our old time employee, used to work part time with us, now since past 4 years he is permanent. He is loyal and never complains. We asked the owners why did he never asked for a raise in all these 4 years. Response was, he also likes us. We were not convinced. Though this was not a part of our scope of work, however, we moved ahead. We asked the owners to detail us all the payments made by them to this employee. He gave us all the details, we did the accounting. We knew what was happening but to prove, we had to complete the whole process. Finally we found that additional money was being paid to him again and again. The owners response on this was, WE SOMETIMES HELP HIM BY GIVING HIM ADDITIONAL MONEY. When we showed the account details, the owners were shocked that they actually paid him more than what would have been his salary with proper increments.

This was the reason for not asking any annual raise as he is already getting it, the other way. After this, it was obvious to extrapolate and proved true for many other employees as well.

Owners opened up with us and started telling us more things. That last week another employee took some money from me because he had to deposit school fees of his child and left the office in hurry. And the owners forgot after giving money.

Other eye catching incident was, there were a particular number of cellphones for employees. Their bills were paid by company. Total number of bills received in office and total payments were not matching. The reason - Company was still paying a couple of mobile bills of ex-employees who left 3 months ago. Since it was automatic clearance of bills from bank, it never came up.

Picture was clear. Owners were not in control of operations. There were no set procedures and SOP (Standard Operating Procedures) was a big term for them.

We knew that the owners are not habitual or maintaining records and keeping track of what they are doing. We thought that it is never easy to change someone’s habit instantly. So we devised easier method steps for them so that ultimate goal can be achieved.

For the start, we asked them to keep all the bills with them and dump them in an office drawer. Just keep each and every bill and put it in that drawer. This was done for a week.

Since arranging documents needs regularity, we asked them to employ their office boy to arrange them in a file sequentially. Once the file was ready, we marked all the bills which were personal in nature and others which were for business purpose. Personal bills were withdrawn from that file and maintained in two separate files named with each partner.

On scrutiny, picture was clear how much funds are required in business to meet the expenses and how much each partner needs to meet their personal expenses. Obviously, the partners never knew how much they actually need.

Second step was accounting. Considering the number of transactions, we opted for monthly accounting. In just one month accounting, it was clear how much they are losing their business funds. Those employees, owners, vendors, customers were asked to match the accounts and clear the dues. It was realised by all that leakage is stopping.

After a 3 months review exercise, accounting and making simple procedures for the client, funds were visible in the bank, cash in hand and take away of promoters.

Tax planning was done accordingly and now individual Income Tax returns coming up are now set to increase. Ultimately wealth is being created in the hands of promoter and company also have a nominal Fixed Deposit in their bank.

The above exercise was just simple steps which brought changes for the owners. However, there are different issues and reasons for each business and situations. We will try to share more such cases for knowledge purposes.