A brief introduction of taxes to be subsumed under GST 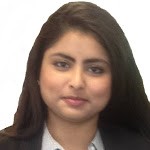 GST is all set to roll out from 1 July 2017. Broadly GST is referred as "One nation one tax". GST is one indirect tax for the whole nation, converting India into the single unified market. GST is a single tax on the supply of goods and services, right from the manufacturer to the consumer. Credits of input taxes paid at each stage will be available in the subsequent stage of value addition, which makes GST essentially a tax only on value addition at each stage. The end consumer will thus bear only the GST charged by the last dealer in the supply chain, with set-off benefits at all the previous stages.

What are the benefits of GST?

GST have lots of benefits for the business, industry as well as consumers. The benefits of GST is listed here

Easy compliance: A strong and comprehensive IT system would be the inspiration of the GST regime in India. Therefore, all tax regulators and service tax admire registrations, returns, payments, etc. would be accessible to the taxpayers online, which might build compliance straightforward and clear.

Removal of cascading taxation system: A system of seamless tax credits throughout the value-chain, and across boundaries of States, would make sure that there should exist smallest cascading of the taxes. This could scale back the hidden prices of doing business.

Ensure gain to manufacturers and exporters: The subsuming of major Central and State taxes in GST, complete and comprehensive set-off of input merchandise and services and phasing out of Central excise tax (CST) would scale back the price of regionally factory-made merchandise and services. This may increase the competition among Indian merchandise and services within the international market and provides a boost to Indian exports. The uniformity in tax rates and procedures across the country also will go a protracted manner in reducing the compliance price.

Higher controls on leakage: GST will result in a higher tax compliance: thanks to a strong IT infrastructure. Thanks to the seamless transfer of input reduction from one stage to another within the chain. There's an associate degree inbuilt mechanism within the style of GST that may incentivize tax compliance by traders.

Higher revenue efficiency: GST is anticipated to decrease the price of collection of tax revenues of the government, and can so, will result in higher revenue potency.

Single and clear tax proportionate to the worth of products and services: Thanks to multiple indirect taxes being levied by the Centre and State government, with incomplete or no input tax credits accessible at progressive stages of value addition, the price of most product and services within the country these days are laden with several hidden taxes. Under GST, there would be just one tax from the manufacturer to the patron, resulting in the transparency of taxes paid to the ultimate shopper.

Relief in overall tax burden: Owing to potency gains and interference of leakages, the tax burden on most commodities can return down, which will profit shoppers.

Central government taxes which are being subsumed into GST

With the introduction of GST, several indirect taxes levied by the central as well as state government are being subsumed into GST.

Additional Excise Duty: The additional excise duty is an additional tax besides excise duty being levied by the central government. This scheme was introduced based on the suggestion made by the manufacturers to Government, that multiple level taxes and duties should be avoided.

Service Tax: Service Tax is levied by the central government on providers of service whose total revenue received is more than the 10 lakh. Service tax is being levied at the rate of 15 percent.

Value Added Tax (VAT): VAT is the form of state sales tax levied by the state government on sales of good within the state boundary. VAT is applied by the state government at each stage of the sale, with a particular apparatus of credit for the input VAT paid. In several states the current VAT rate is around 3-4 percent. Most of the manufacturing in India is largely carried under the composite scheme of taxations. Input tax credit could not be claimed on purchases from the suppliers under the composite scheme.

State government taxes which are being subsumed into GST