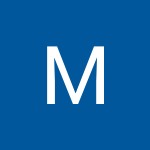 I had, accordingly, targeted sub-10k levels for Sense price-wise, and a minimum of 13 months into bear phase time-wise. Though the price targets have been achieved, the time targets are yet to be achieved. Remember, in technical analysis, both time and price forecasts must be achieved. Long-term investors should, therefore, wait till then. As long as Sensex keeps on making lower highs, the bear phase continues.

Besides price \ time damage, I have been mentioning scam as a usual occurrence after 8-year cycle top. In the current cycle, this may have, or will unfold further in the Global financial markets. The size of the figures will, therefore, be much larger than the earlier ones, and so will be the number of people involved in it.

Another parameter that leads to the actual lowest value of the bear cycle is the catastrophic event. Such event would be a terrible disaster or accident, especially the one that leads to a great loss of life. The last two cycles had seen terrorist activities, serial blast in Mumbai during '1993 and WTC tower collapse during '2001.

These events happen suddenly, without any warning, and their catastrophic proportions are not known even while they are happening. During '1993, one blast would have been normal, but 13 serially proved catastrophic. During '2001, 1st hit could have been an accident, but two in succession was catastrophic.

These events led to such desperation that the lows created thereafter were never ever broken again, Sensex low of 1980 during '1993 and 2584 during '2001.

Ironically, therefore, such events did, and will provide the best of the investment opportunity to an investor, who is able to take it when it comes. If so, we could be on watch, from now till whenever it occurs. Perhaps, the 13th month, i.e. February'2009 could be the focused time zone.

With last week's accounting scam from Satyam, one more parameter of bear market has unfolded as was argued for. The last remaining parameter would the catastrophic event, which we are waiting for. At 8600/7700, having seen the required 62% cut from high of 21206, we need such an event to take the Index lower, in which case, I am expecting 6150-6500 to be the lower target.

As far as larger wave scenario is concerned, I have been explaining two alternatives:

The first one assumes that a large Triple Combination corrective, beginning Sep'1994 got over in Oct'2005 at 7656. The last corrective within this Complex Corrective phase formed as a "Non-Limiting" Running Triangle, the breakout from which has already happened. This has been my preferred scenario for many years. (Remember, Non-limiting Triangles, as the name suggests, do not impose any limit on the post-pattern behavior).

This scenario also combines well with the traditional channeling technique. Sensex followed a parallel channel for 11 long years from Apr'1992 to May'2003. As I had shown, if one projects the width of this channel on upper side, such a projection also gave 20000 as the "minimum" target. The forecast was achieved.