Decoding the characters G,S & T in GST - A funny debate! 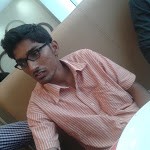 Ever since the evolution of the ideology to integrate the entire indirect taxes into a single tax network, GST has been making the news and with the President’s assent, the effect of the same has manifold multiply that it is hitting the daily newspaper headlines and Prime time slots in Television. Touted to be the India’s biggest tax reform post-independence, this Act captures all the necessary elements of an action hero even before its implementation.

Well. Getting into this write-up, we are normally accustomed to various debates over GST happening all over televisions, newspapers and other media forums, but for a change, what will happen if the characters in the statute itself debate with each other claiming themselves to be a hero.

Yes. This write up is just an attempt into the same, decoding each of the characters from their own point of view.

Starting with the 'Gigantic G' as the name goes by:

We, GOODS are the tangible elements upon which the entire tax is levied and our importance can be understood just by the priority given to us, as we precede others in the name of the Statute itself. We find ourselves in all the types of movable property except money and securities. We even include actionable claim, grass, crops and everything that are attached to the land.

We are the ones that are manufactured in big industries, traded everywhere right from the big malls to the Kirana shops and we enjoy the physical presence and people love to pay just for using us. We contribute to the Government’s Ghazaana in different forms of taxes and we even get advertised in all the television channels and you cannot even find one place without our existence. Hence, we are the heroes of all, says the Gigantic G.

As the Gigantic G finishes off, now its turn for the 'The Superlative S':

You, GOODS may include all the types of movable property but still you are just an inclusive definition whereas we contain everything else except those falling under you. Thus, we constitute majority of the transactions for the tax base as compared to you.  And you may be tangible, but even the biggest corporates would like to develop their intangibles and we are very happy that we are falling under the same category. You can get money from those who are buying you but we’ll tax the money itself on its conversion into any other mode. You get crushed through those big heavy machines and get stalled in the shop racks whereas we are the opted ones for millions of young graduates and business tycoons to venture into. You are incomplete and have no value without us and thus we form an integral part of your existence. Needless to mention, our importance can be noted just with the pattern of marks in the exams as the Single Finance Act taxing service constitutes for 50% and all the other Acts taxing you, GOODS constitute the rest and hence we are the heroes of all, goes the Superlative S.

After listening to the furious hit backs between the Gigantic G and the Superlative S, 'The Terrifying T' takes the centre stage now.

I feel pity for both of you for your opinions on each other, as none of you are complete without me, which can be understood if you simply go by the name of the Statute itself. I am the base because of which both of you are defined and without me you’ll not even find a mention of your name in the statute. I am the 'terrifying terminator' in the eyes of the people and they just fear on listening to my name and the 'thirsty trading a/c' of the Government which wants me to grow bigger and bigger. Even if you both cease to exist, I will still be trending in the form of direct taxes and I am sure that there will many more ways devised out to introduce me in the un-explored areas. And hence, I am the undisputed real hero of all, ends the Terrifying T.

As all the three finished their speech proving points in favour of each of them, now it’s time for the judgement. A movie without an action hero is in-complete and so does the characters in this article. Compared to all of the three, the views presented by the Terrifying T are more practical and hence warrants superiority over others.

But Wait. We forgot the fourth character.

Yes. It is none other than the Act in the GST Act, 'The Action hero A'. Even though tax is the fulcrum of the entire discussion, it should be sanctioned by an Act laid in accordance with our Constitution and the power to levy the terrifying T by the Government cannot be subsumed without the mere presence of the Action hero.

We, humans, tend to easily forget whatever we come across and this article is no exception to that. The introduction part itself states that the Act is the hero but it is those characters in this article, which didn’t notice that and went on debating. And I am lucky enough because if they have noticed that, then this article would not be available here before you.

Having said all, a movie is not complete without an action hero and you don’t become a villain for me after reading this.

The author can also be reached at krish10940@gmail.com