Colourable device has a different meaning in Income Tax than Holi! 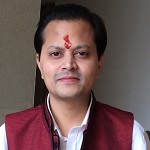 
The Festival of Holi is unthinkable without colours. The use of colours by way of different devices like pichkaris, balloons, pumps, and even buckets, constitutes an essential ingredient of a vibrant, joyful and blissful Holi.  However, in Income Tax Act, the expression, 'colourable device', is being looked at, in an altogether different manner.

In its landmark judgment, in the case of 'McDowell and Company Ltd vs. Commercial Tax Officer, 154 ITR 148,the Hon'ble Supreme Court, has held that,

'The Tax Planning may be legitimate provided it is within the framework of law. Colourable Devices cannot be part of tax planning....'

'We may in this connection usefully refer to the judgement of the Madras High Court in M.V. Vallipappan and others v. ITO, which has rightly concluded that the decision in McDowell cannot be read as laying down that every attempt at tax planning is illegitimate and must be ignored, or that every transaction or arrangement which is perfectly permissible under law, which has the effect of reducing the tax burden of the assessee, must be looked upon with disfavour......

We may also refer to the judgement of Gujrat High Court in Banyan and Berry v. CIT, where referring to McDowell, the court observed: 'The court nowhere said that every action or inaction on the part of the taxpayer which results in reduction of tax liability to which he may be subjected in future, is to be viewed with suspicion and be treated as a device for avoidance of tax irrespective of legitimacy or genuineness of the act; an interference which unfortunately, in our opinion, the Tribunal, apparently appears to have drawn from the enunciation made in McDowell case (1985) 154 ITR 148 (SC). The ratio of any decision has to be understood in the context it has been made. The facts and circumstances which lead to McDowell's decision leave us in no doubt that the principle enunciated in the above case has not affected the freedom of the citizen to act in a manner according to his requirements, his wishes, in the manner of doing any trade, activity or planning his affairs, with circumspection, within the framework of law, unless the same fall in the category of colourable device which may properly be called a device or a dubious method or a subterfuge clothed with apparent dignity.'

Then again in its historic judgement in the case of 'Vodafone International Holdings B.V. vs. Union of India & Anr.', the Hon'ble Supreme Court had observed with subtle clarity as under,

'The department's argument that there is a conflict between Azadi Bachao Andolan 263 ITR 706 (SC) & McDowell 154 ITR 148 (SC) and that Azadi Bachao is not good law is not acceptable. While tax evasion through the use of colourable devices and by resorting to dubious methods and subterfuges is not permissible, it cannot be said that all tax planning is impermissible.'

With these landmark judgments, a well settled legal position regarding the re-enforcement of the legal sanctity of the 'legitimate tax planning' as against the 'use of colourable devices for illegitimate tax evasion', was emerging......

BUT WITH THE ADVENT OF GENERAL ANTI AVOIDANCE RULES (GAAR), THERE WILL BE A PARADIGM SHIFT IN THE TAXATION REGIME &AGAIN A PANDORA BOX OF LITIGATIONS WILL OPEN UP.....

A new Chapter X-A, containing sections 95 to 102, has been incorporated, in the Income Tax Act. After its deferment in a couple of Finance Acts, finally, it has been made applicable w.e.f. AY 2018-19.

In simple words, under the GAAR regime, any arrangement, the main purpose of which is to obtain a tax benefit and which lacks commercial substance, would be considered as an impermissible avoidance arrangement.

For the sake of ready reference, the text of relevant sections as contained in Chapter X-A, is being reproduced as under:

95.(1) Notwithstanding anything contained in the Act, an arrangement entered into by an assessee may be declared to be an impermissible avoidance arrangement and the consequence in relation to tax arising therefrom may be determined subject to the provisions of this Chapter.

[(2) This Chapter shall apply in respect of any assessment year beginning on or after the 1st day of April, 2018.]

Explanation.-For the removal of doubts, it is hereby declared that the provisions of this Chapter may be applied to any step in, or a part of, the arrangement as they are applicable to the arrangement.

96.(1)An impermissible avoidance arrangement means an arrangement, the main purpose of which is to obtain a tax benefit, and it-

(a) creates rights, or obligations, which are not ordinarily created between persons dealing at arm's length;

(b) results, directly or indirectly, in the misuse, or abuse, of the provisions of this Act;

(d) is entered into, or carried out, by means, or in a manner, which are not ordinarily employed for bona fide purposes.

97. (1) An arrangement shall be deemed to lack commercial substance, if-

(a) the substance or effect of the arrangement as a whole, is inconsistent with, or differs significantly from, the form of its individual steps or a part; or

(b) it involves or includes-

(i) round trip financing;
(ii) an accommodating party;
(iii) elements that have effect of offsetting or cancelling each other; or
(iv) a transaction which is conducted through one or more persons and disguises the value, location, source, ownership or control of funds which is the subject matter of such transaction; or

(c) it involves the location of an asset or of a transaction or of the place of residence of any party which is without any substantial commercial purpose other than obtaining a tax benefit (but for the provisions of this Chapter) for a party; or

(d) it does not have a significant effect upon the business risks or net cash flows of any party to the arrangement apart from any effect attributable to the tax benefit that would be obtained (but for the provisions of this Chapter).

(2) For the purposes of sub-section (1), round trip financing includes any arrangement in which, through a series of transactions-

(a) funds are transferred among the parties to the arrangement; and

(b) such transactions do not have any substantial commercial purpose other than obtaining the tax benefit (but for the provisions of this Chapter), without having any regard to-

(A) whether or not the funds involved in the round trip financing can be traced to any funds transferred to, or received by, any party in connection with the arrangement;

(B) the time, or sequence, in which the funds involved in the round trip financing are transferred or received; or

(C) the means by, or manner in, or mode through, which funds involved in the round trip financing are transferred or received.

(4) For the removal of doubts, it is hereby clarified that the following may be relevant but shall not be sufficient for determining whether an arrangement lacks commercial substance or not, namely:-

98. (1) If an arrangement is declared to be an impermissible avoidance arrangement, then, the consequences, in relation to tax, of the arrangement, including denial of tax benefit or a benefit under a tax treaty, shall be determined, in such manner as is deemed appropriate, in the circumstances of the case, including by way of but not limited to the following, namely:-

(a) disregarding, combining or recharacterising any step in, or a part or whole of, the impermissible avoidance arrangement;

(b) treating the impermissible avoidance arrangement as if it had not been entered into or carried out;

(d) deeming persons who are connected persons in relation to each other to be one and the same person for the purposes of determining tax treatment of any amount;

(e) reallocating amongst the parties to the arrangement-

(i) any accrual, or receipt, of a capital nature or revenue nature; or
(ii) any expenditure, deduction, relief or rebate;

(g) considering or looking through any arrangement by disregarding any corporate structure.

The legislative intent behind the introduction of an altogether new Chapter X-A, containing the GAAR provisions, has been to curb the use of colourable devices facilitating tax evasion. However, a lot of subjectivity had been crept in the manner in which the text of sections 95 to 102, had been drafted. The denial of tax benefit in an impermissible avoidance arrangement aimed at tax evasion, is completely justifiable. However, the most significant and crucial aspect, i.e. what would constitute an impermissible avoidance arrangement, has been left to subjective whims and fancies of the Assessing Authorities.

A plain reading of the above stated GAAR provisions, makes it amply clear, that very Bottom of Formwide & unfettered powers have been given to the Assessing Authorities, to completely disregard the legal form of any arrangement/transaction, and to look into the substance of the transaction, to pierce the corporate veil, to treat capital receipts as revenue receipts, and to treat any arrangement as an impermissible avoidance agreement, assuming it to be lacking commercial substance.

In order to put a suitable check on the blatant & adhoc application of the GAAR provisions, which might be widely used, to make exorbitant additions in assessments, suitable amendments must be incorporated in the concerned sections, so as to provide a standard and objective set of determining factors and parameters, with a view to ensure the judicious and rational application of the said provisions, in order to avoid the foreseeable unreasonable and high-handed approach to the assessees. Then only, in true spirit and form, the Governments' objective of ensuring 'Ease of Doing Business' will be accomplished.