Toppers of CA Final May and CPT June Exams 2015

Since December 1949, the Chartered Accountancy Examination is held twice in a year.

The top three rank holders on all India basis of Chartered Accountants Final Examinations held in May, 2015 are from Delhi and Secunderabad, Machilipatnam (Andhra Pradesh) & Mumbai respectively and their details along with the marks secured by them are mentioned at Annexure-A. The result details of the Final examination in terms of pass percentage are mentioned at Annexure-B.

CA. Manoj Fadnis, President, ICAI added “Chartered Accountancy profession is growing by leaps and bounds. We have high hopes from the students as we consider them to be highly committed, focused and hard working individuals. Our students carry the virtues of independence, integrity and excellence to the next level.”

Every year, the ICAI organises Convocation for the newly enrolled Members. The Northern Regional Office of ICAI organized the Convocation today i.e. on July 16, 2015 at New Delhi. CA. Kirit Somaiya, Member of Parliament, Lok Sabha was the Chief Guest of the function and awarded 21 Rank Certificates to the Rank Holders from Northern Region. 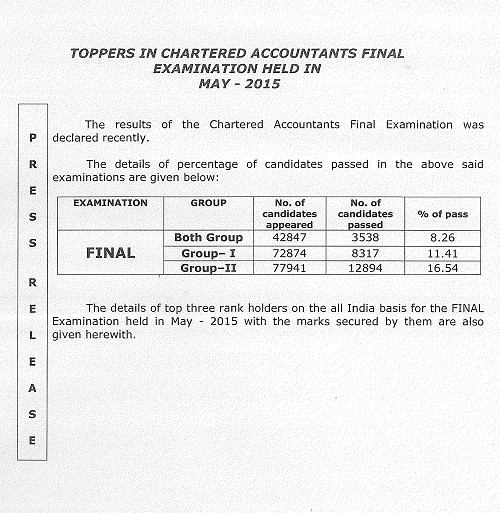 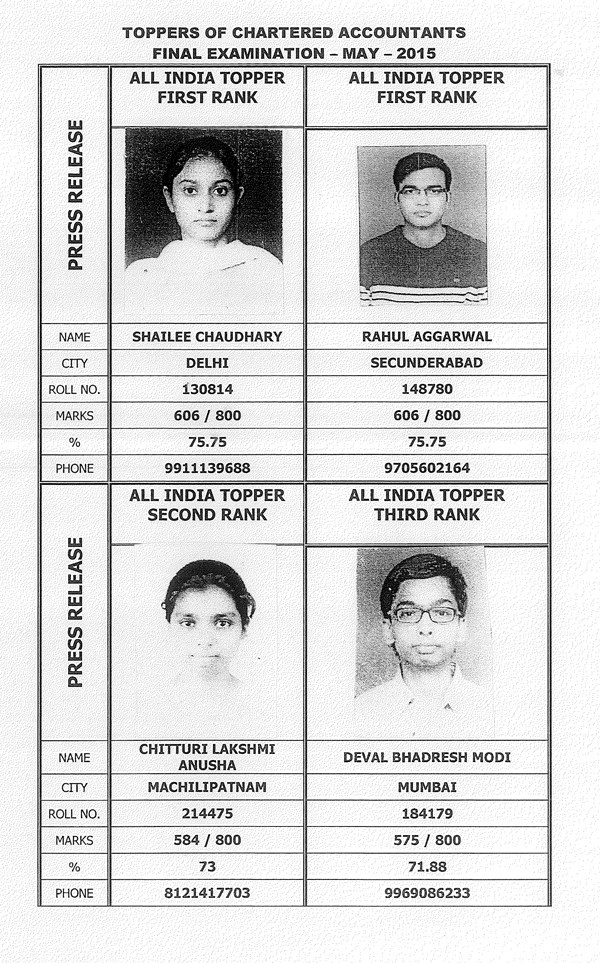 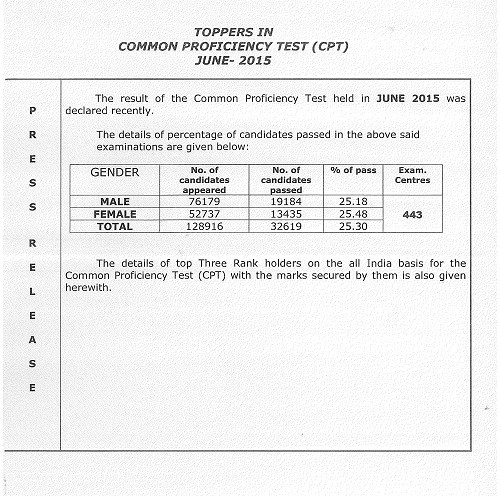 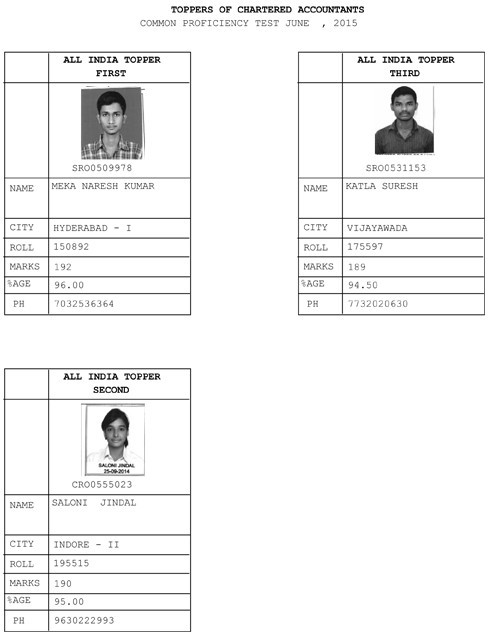