Finance Minister Smt. Nirmala Sitharaman assures ramp up in supply of Oxygen & Remdesivir to States; reiterates the importance of micro - containment policies over lockdown in virtual interaction with Industry Captains

Applauds Indian Industry for its extreme forbearance, patience and perseverance, describes it as 'Gamanzuyoi'

The Finance Minister was addressing more than 150 senior industry captains in a virtual interaction organised by the Confederation of Indian Industry (CII) here today. 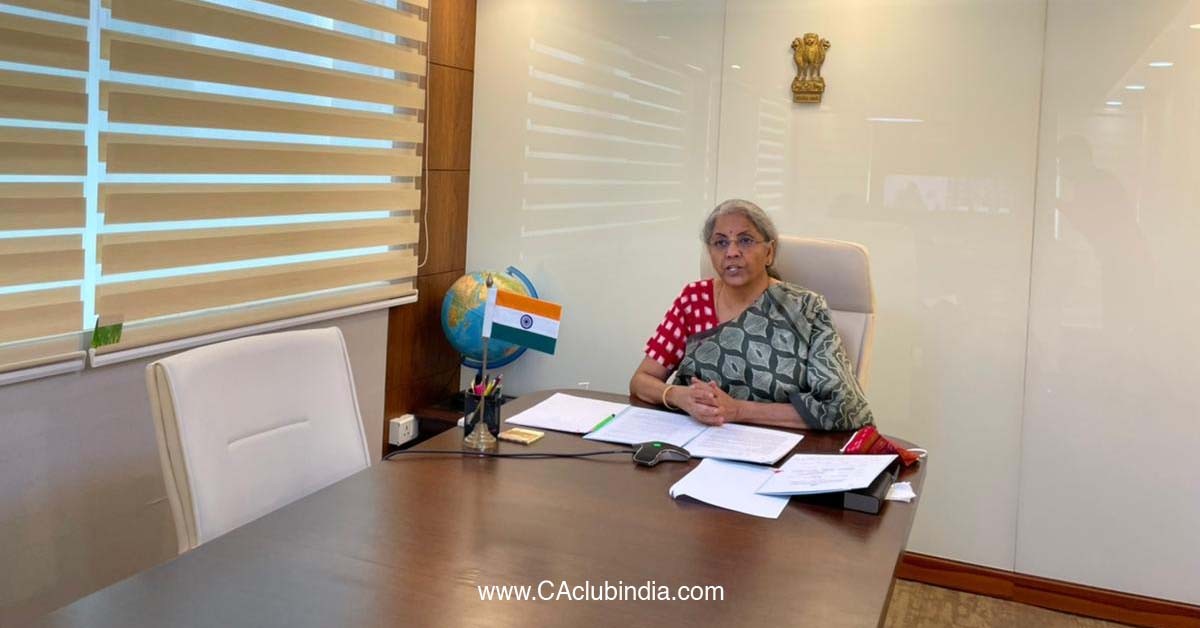 Smt. Sitharaman emphasized on the need for adopting micro containment strategy in dealing with the 2nd surge of the pandemic and acknowledged that the deliberations with CII had helped shaped this strategy. Explaining the rationale, the Finance Minister said that unlike last time we now have important tools such as vaccines and medicines, to deal with the pandemic.

On meeting the phenomenal increase in demand for medical oxygen, a critical treatment tool for COVID-19, the Finance Minister assured seamless supply to states. Measures that the government is taking include importing medical oxygen, round the clock working of the oxygen filling stations and allowing containers used for nitrogen and argon to be used for oxygen, the Finance Minister added.

The Finance Minister also gave details of Government initiatives to help ramp up capacity of Remdesivir from 36 lakh vials per month to 78 lakh vials per month. Some of these measures include rapid clearances for new capacities, stopping exports, stopping the exports of APIs and formulations used in the manufacture of this life saving drug, and allowing EoUs and manufacturers located in SEZs to also sell in the domestic market, She said.

During the interaction, CII members manufacturing Remdesivir apprised the Finance Minister that they were in fact working towards exceeding the committed target of 78 lakh vials per month and aiming to reach a production of 1 crore vials per month.

Elaborating on the recent announcements on the vaccination, the Finance Minister said that the CII’s suggestions on opening up of the vaccination to all adults, allowing industry to vaccinate its employees and their families and allowing vaccine imports have all been accepted in the policy. The Government has also cleared an advance payment of Rs 4,600 crore to Serum Institute of India and Bharat Bio Tech, to help them ramp up capacities.

Welcoming the CII suggestions on mitigating the impact to the economy to save livelihoods, alongside lives, the Finance Minister assured an examination of the same.

Earlier, Mr Uday Kotak, President CII and Managing Director & CEO, Kotak Mahindra Bank Limited in his opening remarks lauded the speed of Government’s policy action, for tackling the COVID-19 pandemic, over the last 72 hours. Mr Kotak emphasized on the importance of vaccination and doing whatever it takes to ramp up vaccination. He also emphasized on ensuring adequate supplies of oxygen, medicines and beds in the immediate term.

In the medium term, he emphasized on ramping up research to identify and tackle the mutants and to upgrade the vaccines. He also suggested to build India’s capacity in terms of supplies and medical infrastructure to address any possible future waves.