Pinky and Rohit, to both of you, i kow its easy to say that please don't depressed, don't b disheartened and all that. But i know, this feeling can only be understandable by the person who bears it.

But i just say one thing, it not only you who didn't clear this exam, many are with you. Also, failure is never final.

Regarding attempts and response to relatives, I must say that whatever the world says, you yourself knows how much efforts you put in, they don't  know, how much you suffered for that, so don't bother about them. Everybody will turn up to you after your success.

I am sure u all know, Vinod Gupta Sir, The Tax Master, but I don't know whether u are aware of this or not that he cleared his CA in something 8 attempts. and now do u have any doubt about his knowledge.

So just, Chill. Failures are part of life, it gives you more strength. Everybody has to face failure, somebody faces it earlier somebody later. So u think u r facing it now, and success is waiting for you in future.
And, all this i m not just saying....it is my experience, i too crossed from your stage and not 2-3 times but many times.

So just chill out, don't be depressed and consolidate yourself and evaluate the points that you are not able to do in last attempts.

a good message from the experienced member . i would request the members to share with those who are not a member and needing help and advice from you 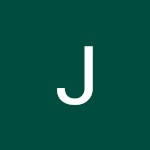 Thanks a lot Ankur sir for your timely advise. Its really wonderful. Thanks for all the motivation once again.

Failure is not the End of Life

Failure is not the End of Life

If you are still afraid and fearful from the past failures then just get up now at once. If you are feeling awkward due to something or the other then just get to the deepest core of your heart and mind. You will find that there are many such works that you can do it very successfully. You will find many such people who do not have qualifications equal to that of you.

I can say that very confidently that an individual ditches himself/herself the most or simply more than anyone else. Nobody else is responsible for one’s failures more than that person itself. Some people get totally disheartened and let themselves down after a certain failure. But he is not able to find out the reasons responsible for his/her failures.

No wonder what has happened with you in the past, but you life is still alive. Your value is still alive. And most importantly no one has got the right to throw you like garbage in the dustbin. You can stand up once again and relive your dreams. There is no importance of a past which does not allows you to live you dreams and instead makes you life hell. I can present before you more than hundreds if examples of people who were badly and inhumanly ignored and insulted by the world but then, there was a spark in them that led them high up above the world so high, like a diamond in the sky. People who use to insult them yesterday are now no less than their aspirants.

No matter how deep is your path, but it can cover the rays of sun. If you on your own are living a lifeless and pessimistic life then really I can’t help you. But if you are afraid of your past failures then get up its high time now. You will happen to meet many such people who do not have the qualities equal to that of you but still they are happy. Just throw away the inferiority complex in you because if other people in the world can be happy so can be you. If some one lese is successful the\n you can also be. Failures do not mean that you have lowered your value.

Live life, do not spend it!

ICAI always comes with Shocking news whether positive or negative.

You have to be prepared for the best as well as worst.

Even rankers are failed and failed students also got ranks.

So don't be disappointed.

Because Efforts never go in vain

thanks for your post .keep on posting such articles.

TOTALLY AGREE WITH YOU !!!

Thanks for the lovely words of wisdom..!! :)

Dont worry, God has fixed a tym for everything.. Our tym hasnt come yet. Have heart, we'll have our day soon. Even I was thinking like you yesterday and the only possible solution I could come out with is that I will go in for one group at a tym. Assess your limitations, I assessed mine.

Remember that 'Hope is not pretending that troubles do not exist. It is the trust that troubles will not last forever, that hurts will be healed and difficulties overcome.' :)

All the very best..