On February 12, 2018, ICAI elected its new torchbearers CA. Naveen N.D. Gupta as the President and CA. Prafulla P.�Chhajed as the Vice-President for year 2018-19.

A man of professional wisdom,�vision and strong organisational skills with a�firm belief in�inclusive growth of Indian accountancy profession,�CA. Naveen N.D. Gupta�has been elected as the new President of The Institute of Chartered Accountants of India (ICAI) by its 23rd�Council, on February 12, 2018.�A seasoned professional from Delhi with 22 years of standing,�CA. Naveen N.D. Gupta is widely commended for his role in making the Income Disclosure Scheme, 2016 a success, which was acknowledged by the Finance Minister. His association as Central Council Member at ICAI, now running in 9th�year since 2010, with position as Vice-President in 2017-2018; has made him traverse regimen of standard setting, quality assurance framework, and disciplinary mechanism. He is representing ICAI in many important committees constituted by the Government Ministries/ Regulators. With focus on innovation and niche enablement, he intends to position CA profession as aiding and upholding public interest by enhanced focus on Quality Assurance framework, calibrating Regulation with development and leveraging digital technology to turn disruptions arising out of changing paradigm of businesses to niche empowerment.� 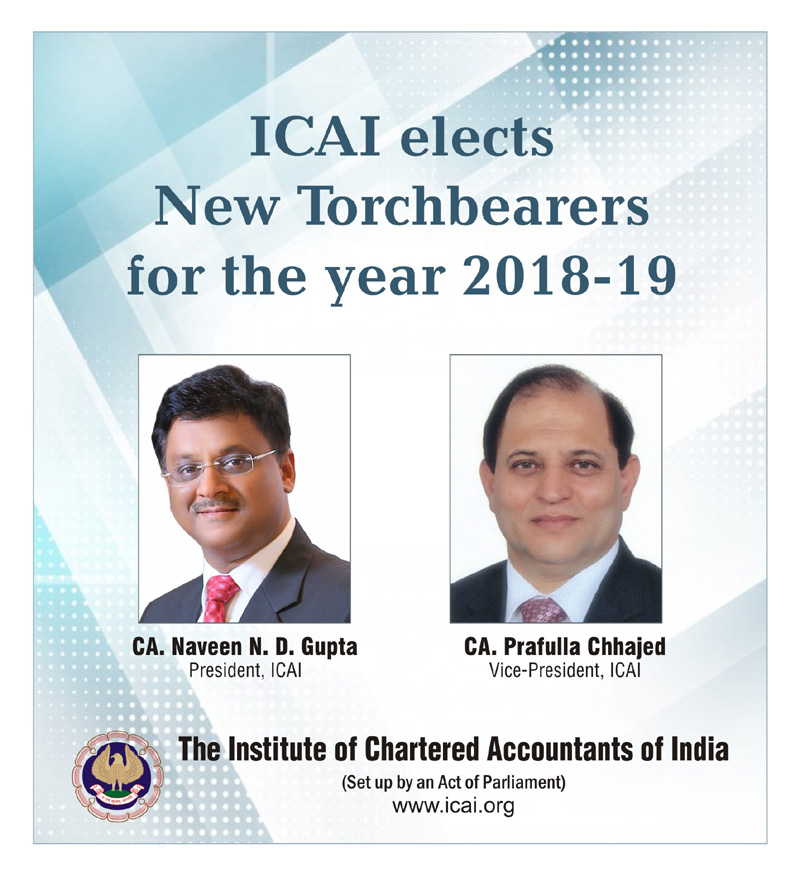 A blend of erudition, experience, foresight, technical expertise and professional excellence worth emulating, CA. Prafulla Chhajed , has been elected as the Vice-President of The Institute of Chartered Accountants of India (ICAI) by its 23rd Council, on February 12, 2018. A Fellow Chartered Accountant from Mumbai�with over 20 years of experience in Auditing & Taxation, he is a prolific speaker at national and international forum. He has been contributing to various Publications�and his articles on�Taxation and Investments�have been�published in well-known Marathi daily �Maharashtra Times� since 14 years and also in other Publications.