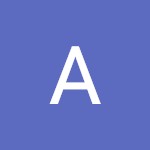 My friend has filed his father retrun for the year 2009-10 within the time limit and he claimed refund from the department,but due to non credit of TDS in that particular year he didnt get refund and got notice for tax payabla as the refund was not credited in the 26AS.

for the current year 2011-12 he agian file his father return and claimed the refund for the same .As the TDS was reflecting against his pan NUmber the tax payable demand for the year 2009 -10 was adjusted and the balance he got the refund amount.

Now my question his his father recified the 26AS problem of TDS reflecting and now the TDS of 2009-10 also relecting against his PAN NUmber.

now if we want to claim refund frm the department what we need to do ?

First of all thanks for the giving the prompt respone

.you mean i need tofile rectification online u/s 154 or i need to submit the written appllication in the Income tax department.

Now a days many people are getting Arrear of Demand where my friend is fillig the manual letter with the income tax department only.

If they have only issue letter for arrers demands for A.Y.2009-10 withouth issuing any intimation u/s.143(1) than you should simply write one letter regarding correction of arrear demands wherein you must specifically mentioned that I have not received any intimation alongwith relevant facts of the cases.

In the case of refund , I specifically prefer e-filing by comparing 26AS since CPC process the return more early than IT Depratment when return is filed manually.

So in next time I advise you do this.

Thanks for the sugegstion and prompt response.