The Big Four are the four largest international accountancy and professional services firms, which handle the vast majority of audits for publicly traded companies as well as many private companies, creating an oligopoly over the auditing industry. The Big Four firms are shown below, with their latest publicly available data:

This group was once known as the "Big Eight", and was reduced to the "Big Five" by a series ofmergers. The Big Five became the Big Four after the near-demise of Arthur Andersen in 2002, following its involvement in the Enron scandal.

None of the Big Four accounting firms is a single firm. Each is a network of firms, owned and managed independently, which have entered into agreements with other member firms in the network to share a common name, brand and quality standards. Each network has established an entity to co-ordinate the activities of the network. In two cases (KPMG and Deloitte Touche Tomatsu), the co-ordinating entity is Swiss, and in two cases (PricewaterhouseCoopers and Ernst & Young) the co-ordinating entity is a UK limited company. Those entities do not themselves practice accountancy, and do not own or control the member firms.

In most cases each member firm practices in a single country, and is structured to comply with the regulatory environment in that country. However, in 2007 KPMG announced a merger of four member firms (in the United Kingdom, Germany, Switzerland and Liechtenstein) to form a single firm.

The figures in this article refer to the combined revenues of each network of firms.


Mergers and the Big Auditors

Since 1989, mergers and one major scandal involving Arthur Andersen have reduced the number of major accountancy firms from eight to four.

The firms were called the Big 8 for most of the 20th century, reflecting the international dominance of the eight largest accountancy firms:

Most of the Big 8 originated in alliances formed between British and US accountancy firms in the 19th or early 20th centuries. Price Waterhouse was a UK firm which opened a US office in 1890 and subsequently established a separate US partnership. The UK and US Peat Marwick Mitchell firms adopted a common name in 1925. Other firms used separate names for domestic business, and did not adopt common names until much later: Touche Ross in 1960, Arthur Young (at first Arthur Young, McLelland Moores) in 1968, Coopers & Lybrand in 1973, Deloitte Haskins & Sells in 1978 and Ernst & Whinney in 1979.[1]

The firms' initial international expansion was driven by the needs of British and US based multinationals for worldwide service. They expanded by forming local partnerships or by forming alliances with local firms.

Arthur Andersen had a different history. The firm originated in the United States, and expanded internationally by establishing its own offices in other markets, including the United Kingdom.

In the 1980s the Big 8, each now with global branding, adopted modern marketing and grew rapidly. They merged with many smaller firms. One of the largest of these mergers was in 1987, when Peat Marwick merged with the KMG Group to become KPMG Peat Marwick, later known simply as KPMG.

Competition among these public accountancy firms intensified and the Big 8 became the Big 6 in 1989 when Ernst & Whinney merged with Arthur Young to form Ernst & Young in June, and Deloitte, Haskins & Sells merged with Touche Ross to form Deloitte & Touche in August.

Confusingly, in the United Kingdom the local firm of Deloitte, Haskins & Sells merged instead with Coopers & Lybrand. For some years after the merger, the merged firm was called Coopers & Lybrand Deloitte and the local firm of Touche Ross kept its original name. In the mid 1990s however, both UK firms changed their names to match those of their respective international organizations. On the other hand, in Australia the local firm of Touche Ross merged instead with KPMG.[2][3] It is for these reasons that the Deloitte & Touche international organization was known as DRT International (later DTT International), to avoid use of names which would have been ambiguous (as well as contested) in certain markets.

The Big 6 became the Big 5 in July 1998 when Price Waterhouse merged with Coopers & Lybrand to form PricewaterhouseCoopers.

The Enron collapse and ensuing investigation prompted scrutiny of their financial reporting, which was audited by Arthur Andersen, which eventually was indicted for obstruction of justice for shredding documents related to the audit in the 2001 Enron scandal. The resulting conviction, since overturned, still effectively meant the end for Arthur Andersen. Most of its country practices around the world have been sold to members of what is now the Big Four, notably Ernst & Young globally, Deloitte & Touche in the UK and Canada, and PricewaterhouseCoopersin China and Hong Kong.

Big 4 are sometimes referred as "Final Four"[4] due to widely held perception that competition regulators are unlikely to allow further concentration of the accounting industry and that other firms will never be able to compete with the Big 4 for top end work as there is a market perception that they are not credible as auditors or advisors to the largest corporations.

2002 saw the passage of the Sarbanes-Oxley Act into law, providing strict compliance rules to both businesses and the auditors.

Your sharing is BIG from FOUR corners.

Thanks for sharing... If you have information than also share the recruitment in BIG 4 for newly quilified chartered Accountants.

Thank god ..there is Wikipedia!!!

for sharing such a nice & interesting knwlg.. 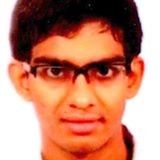