Archit Shah is on cloud nine. He has secured third rank nationally in the final exams of Chartered Accountancy (CA). It was Archit’s die-hard attitude that earned him the top slot in the all-India exam conducted in May.

The pass percentage for CA final exams this time is an unusually low 3.45 per cent. In CA final (old course) exams conducted by the Institute of Chartered Accountants of India (ICAI), 628 students from the city had appeared in May. Of these, 42 students passed. In CA (final) for new course, 264 students appeared while only nine students cleared the exam.

Archit belongs to the old course group of students. Ironically, he had failed in no less than five subjects in his previous attempt. Then, he had vowed to get a top rank. His joy did not diminish when he keyed in his roll number on the website and found that he had bagged third position in the country.

"I had forgotten about my vow and instead devoted all my energy to studies. I never expected this rank," he said. Archit says he had focused on certain parts of the syllabus and gained expertise in those, instead of trying to complete the entire course.

"Quality of study time was more important to me than quantity. And, I am happy the strategy worked," he said.
He now hopes to get an entry into the corporate world in his interest area — finance. His other pursuits are fast bikes, cricket and music.

Another Amdavadi who is celebrating after the results is Tejas Rupani. Tejas ranked 20th in the country in CA final exams. Though he hails from Rajkot, Tejas studies in JG College of Commerce in Ahmedabad. After having scored 86 per cent in XII (commerce), Tejas calls himself an average student. Like Archit, he too has done his schooling from a Gujarati medium school.

"I am happy to have secured such a good rank at a time when the pass percentage is quite low," said Tejas. 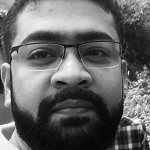 Inspiring story amidst the chaos of results!

i have some more info i have gathered from this guy. He studied in Navakr institute of coaching (src: DNA newspaper) and his dad is a teacher in some reputed commerce college in the city.

Yes, every time your Roll number is different, and u r  treated as a different student. The only thing is ,you have to pass all the subjects together, without any previous exemption, scoring at least 55% aggregate.

congratulations to both of them and it is really amazing.

congratulation for this marvellous stuff