Credit ratings are often confused with credit scores. Credit scores are the output of mathematical algorithms that assign numerical values to information in an individual’s credit report. The credit report contains information regarding the financial history and current assets and liabilities of an individual. A bank or credit card company will use the credit score to estimate the probability that the individual will pay back loan or will pay back charges on a credit card. However, in recent years, credit scores have also been used to adjust insurance premiums, determine employment eligibility, as a factor considered in obtaining security clearances and establish the amount of a utility or leasing deposit.

A poor credit rating indicates a credit rating agency's opinion that the company or government has a high risk of defaulting, based on the agency's analysis of the entity's history and analysis of long term economic prospects. A poor credit score indicates that in the past, other individuals with similar credit reports defaulted on loans at a high rate. The credit score does not take into account future prospects or changed circumstances. For example, if an individual received a credit score of 400 on Monday because he had a history of defaults, and then won the Powerball on Tuesday, his credit score would remain 400 on Tuesday because his credit report does not take into account his improved future prospects.

An individual's credit score, along with his credit report, affects his or her ability to borrow money through financial institutions such as banks

The factors that may influence a person's credit score are:

Credit rating plays a very important role when you apply for a loan or a credit card. In India we have 4 bureaus who gives credit score. Credit score is a 4 digit numeric basis on which a lender decides whether the loan application should be sanctioned or rejected. This score is derived from the past credit history you hold.

Credit score has a power to decline your application as its one of the most important parameter considered by lenders. To know what is the ideal score to get a loan visit https://creditsudhaar.blogspot.in/2015/08/what-is-ideal-credit-score-to-get-loans.H T M L

An assessment of the creditworthiness of a borrower in general terms or with respect to a particular debt or financial obligation. 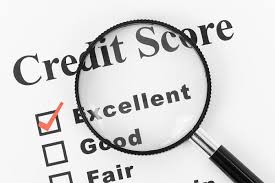 A credit rating can be assigned to any entity that seeks to borrow money – an individual, corporation, state or provincial authority, or sovereign government. Credit assessment and evaluation for companies and governments is generally done by a credit rating agency such as Standard & Poor’s, Moody’s or Fitch. These rating agencies are paid by the entity that is seeking a credit rating for itself or for one of its debt issues. 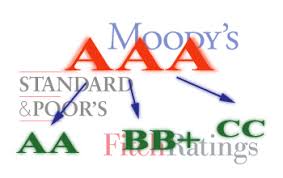 Credit rating agencies typically assign letter grades to indicate ratings. Standard & Poor’s, for instance, has a credit rating scale ranging from AAA (excellent) and AA+ all the way to C and D. A debt instrument with a rating below BBB- is considered to be speculative grade or a junk bond, which means it is more likely to default on loans. 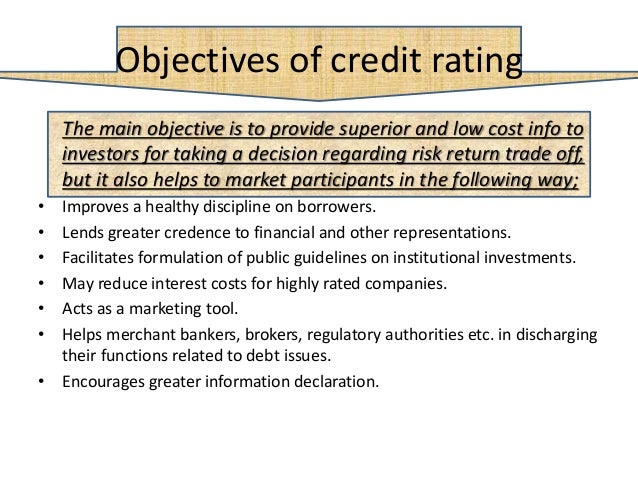 Credit rating is purely meant for lenders to judge the borrower's ability of making repayment on the loan taken. The rating is generated on the basis of few parameters which are evaluated on your past as well as current credit related accounts. You can get more idea on the factors affecting credit score by visiting https://www.siliconindia.com/finance/news/4-Factors-That-Affect-Your-Credit-Score-nid-194217.H T M L