With the objective of reducing pending income tax litigation, generating timely revenue for the Government and giving benefit to taxpayers by providing them peace of mind, certainty and savings on account of time and resources, the Direct Tax Vivad se Vishwas Act, 2020 (hereinafter referred to as 'VsV‘) was enacted on 17th March, 2020.

With a view to remove any ambiguity, it is proposed to amend the provisions of VsV to clarify the original legislative intent for which the definitions of appellant in section 2(1)(a), disputed tax in section 2(1)(j) and "tax arrear" in section 2(1)(o), of the VsV are proposed to be amended by way of removal of doubts by this Bill. 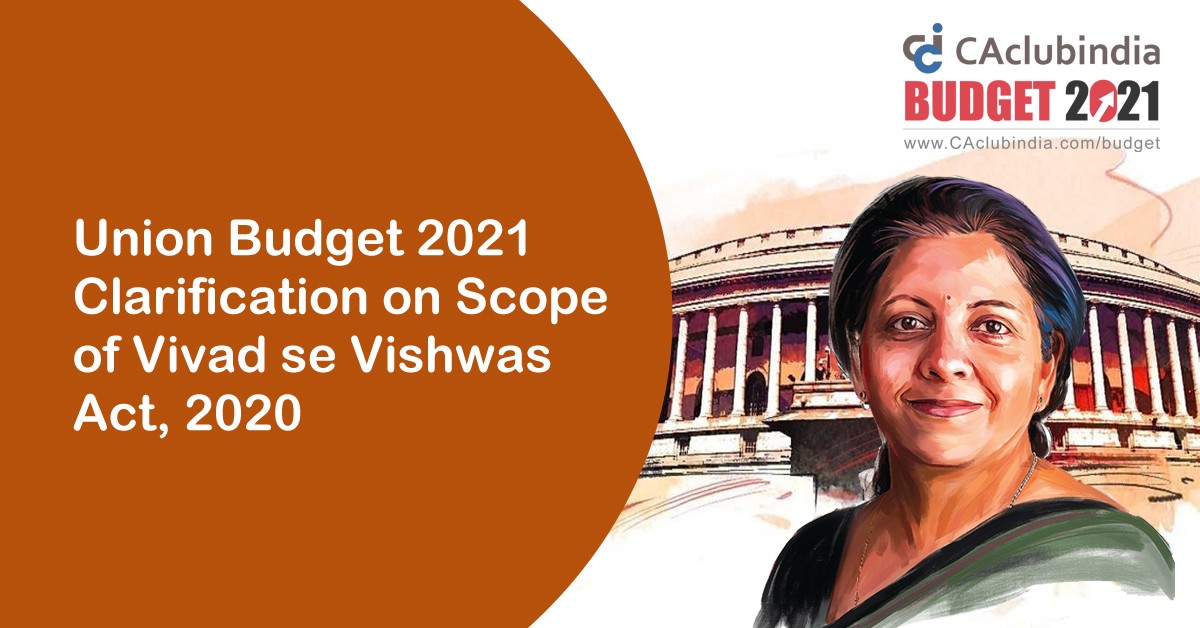 The said amendments are proposed to take effect retrospectively from the 17th March 2020.