The Result of Company Secretaries Foundation Programme Examination Released by Shri Arun Jaitley, Hon’bleUnion Minister for Corporate Affairs, Finance and I &B on 27th January, 2016 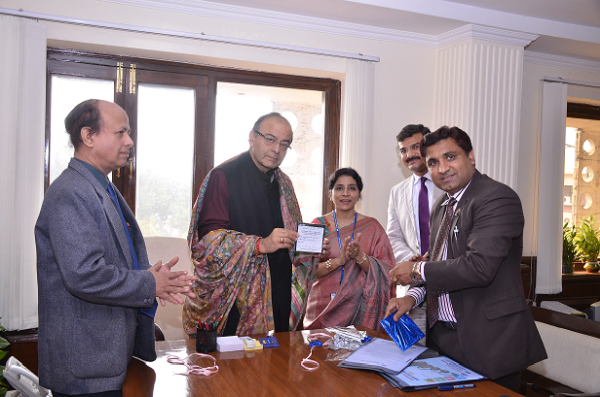 The result of Computer Based Examination for CS (Company Secretaries) Foundation Programme held in 106 cities across the nation and one overseas centre at Dubaion 26th and 27th December, 2015 has been declared today, the 27th January, 2016, at New Delhi and released to all the Regional and Chapter Offices of the Institute throughout the country for information of all concerned.  In addition to making available result along with subject wise break-up of marks on the Institute’s website — www.icsi.edu  the ICSI has extended the facility of downloading of  e-result-cum-marks  statement by the examinees.

Hon’ble Union Minister Shri Arun Jaitley congratulated the toppers in his message to the CS Students.

In December 2015 session, 59.26% of candidates passed the Foundation Programme examination. This time girl candidates outshined the boys as the pass percentage of girls stands at 63.39% as against 53.05% for the boys.

The next Computer Based Examination for CS Foundation Programme will be held on 4th and 5th June, 2016.