With the object of unleashing the entrepreneurial spirits of our youth and to remove the fear of criminal prosecutions for non- substantive minor and procedural omissions and commissions in the normal course of their business transactions, the Government of India in the Ministry of Corporate Affairs (MCA) decided to initiate the process of decriminalization of compoundable offences under the limited liability partnership (LLP) Act, 2008, for greater ease of doing business for law abiding LLPs.

The Government treats Honest and Ethical Corporate entrepreneurs as wealth creators and nation builders. The objective of the De-criminalization exercise is to remove criminality of offences from business laws where no malafide intentions are involved. In furtherance of the said objective, an exercise was undertaken to identify those provisions of the Limited Liability Partnership Act, violations of which do not result in injury to public interest but are presently criminal in nature with fine as well as punishment after conviction being provided for in the Act. 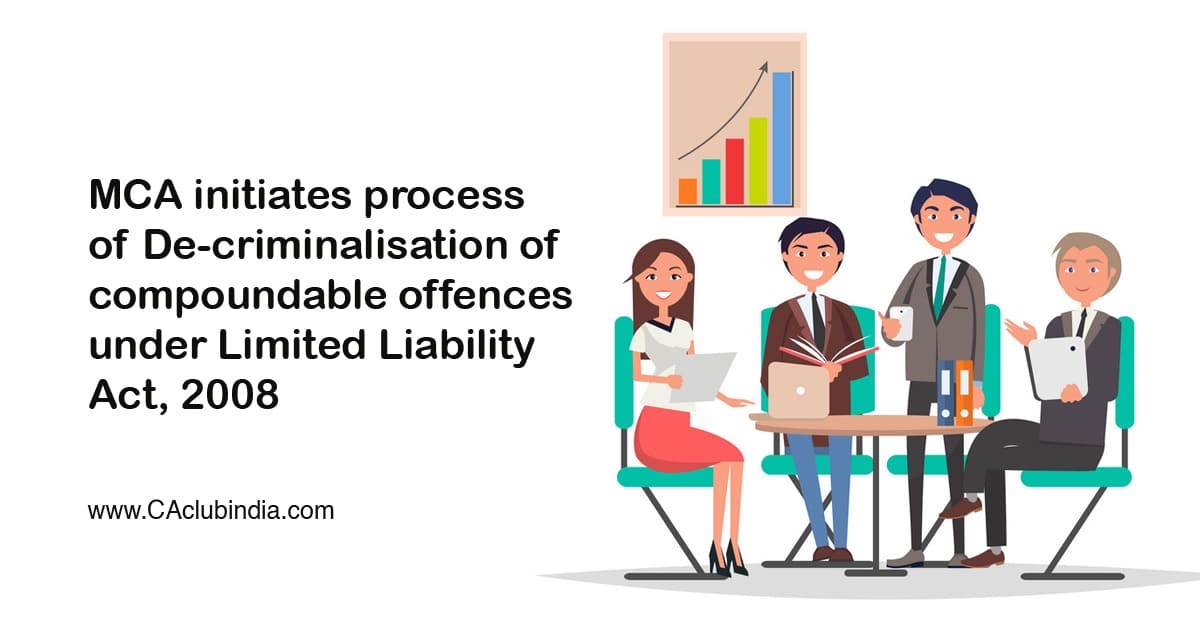 In all, twelve (12) offences are proposed to be decriminalized and one (1) provision (Section 73) entailing criminal liability is proposed to be omitted. The 12 de-criminalized offences would then get shifted to IAM thereby de-clogging the criminal courts from routine cases.

In addition to the De-criminalization of the Act the Government also proposes Introduction of certain new concepts into the Act for greater Ease of Doing Business:

Reduction of Additional Fee: It is also proposed to amend Section 69 of the Act with a view to reduce the additional fee of Rs. 100 per day which is presently applicable for the delayed filing of forms, documents. A reduced additional fee is expected to incentivize smooth filing of records and returns of LLPs and consequently result in an updated registry for proper regulation and policy making.