The National Financial Reporting Authority has proposed to fill up the posts of AGM and other positions in NFRA at New Delhi on Deputation / Short term Contract basis. Official notification together with the details of the vacancy have been listed below:

Sub: Filling up of posts of AGM and below in NFRA at New Delhi on Deputation / Short term Contract basis

National Financial Reporting Authority (NFRA), New Delhi, is a statutory body set up under Section 132 of Companies Act, 2013. NFRA has been established to protect the public interest and the interests of investors, creditors and others associated with the companies or bodies corporate by establishing high quality standards of accounting and auditing and exercising effective oversight of accounting functions performed by the companies and bodies corporate and auditing functions performed by auditors.

2. The Authority proposes to fill up the posts as per details stated in the Annexure - I in its headquarters at New Delhi from among the following, initially for a period of three years in accordance with the Recruitment Rules notified vide Extraordinary Gazette No. 369 dated 16.5.19 of Ministry of Corporate Affairs and MCA Letter No. NFRA-05/14/2020-Comp-MCA dated 18.8.2020 (Copies of the same are enclosed as Appendix I and H respectively):

3. It is requested to forward applications in the prescribed proforma (Annexure —H) along with attested copies of ACRs/APARs for the last five years and Vigilance clearance of eligible candidates whose services could be placed at the disposal of the Authority immediately in the event of their selection. The application should be sent in an envelope superscribing the post applied for, to the Secretary NFRA, 7th Floor Hindustan Times House, K.G. Marg, New Delhi - 110001 so as to reach the undersigned on or before 02.04.2021. Advance copy along with stipulated documents may be sent on email id mans nfra. nov.in. (Note- In case of any change in this notice the same will be displayed on website as suci the interested officers are requested to see the NFRA website nfra.gov.in regularly) 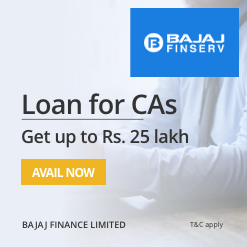