Additional borrowing permission of Rs.23,149 crore granted so far to 8 States for implementation of ease of doing business reforms

Kerala has become the 8th State in the country to successfully undertake "Ease of Doing Business" reform stipulated by the Department of Expenditure, Ministry of Finance. Thus, the State has become eligible to mobilise additional financial resources of Rs.2,373 crore through Open Market Borrowings. Permission for the same was issued by the Department of Expenditure on 12th January, 2021. Kerala has now joined the seven other States namely, Andhra Pradesh, Karnataka, Madhya Pradesh, Odisha, Rajasthan, Tamil Nadu and Telangana, who have completed this reform. On completion of reforms facilitating ease of doing business, these eight States have been granted additional borrowing permission of Rs.23,149 crore. State wise amount of the additional borrowing permitted is as under: 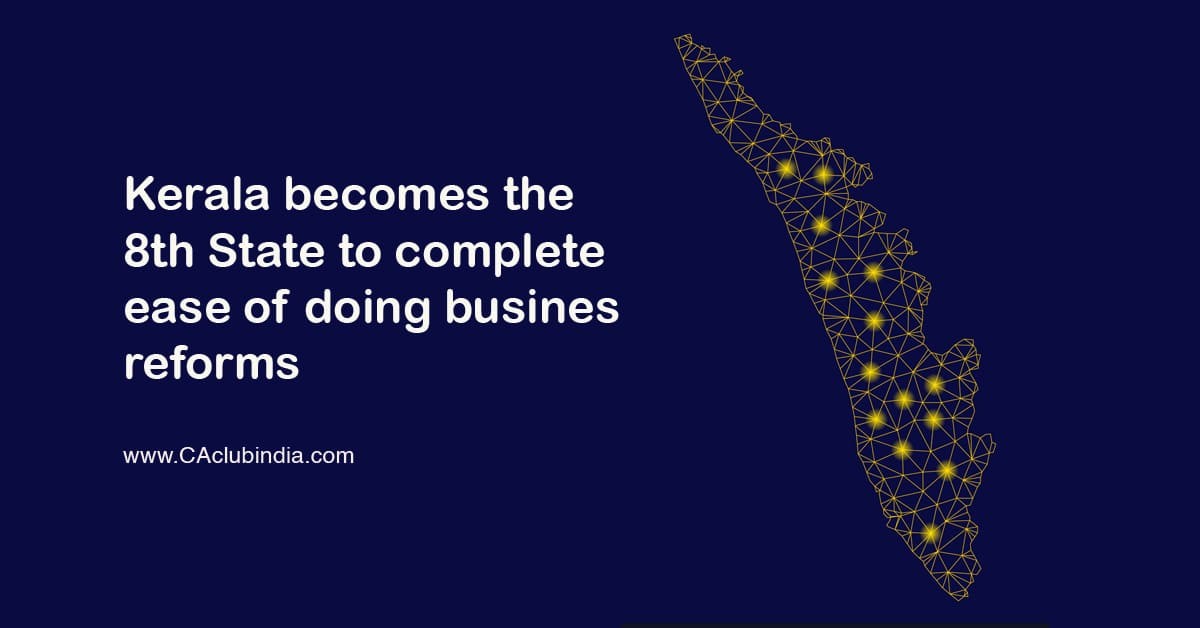 (ii) Elimination of the requirements of renewal of registration certificates/approvals/licences obtained by businesses under various Acts.

(iii) Implementation of computerized central random inspection system under the Acts wherein allocation of inspectors is done centrally, the same inspector is not assigned to the same unit in subsequent years, prior inspection notice is provided to the business owner, and inspection report is uploaded within 48 hours of inspection.

In view of the resource requirement to meet the challenges posed by the COVID-19 pandemic, the Government of India had on 17th May, 2020 enhanced the borrowing limit of the States by 2 percent of their GSDP. Half of this special dispensation was linked to undertaking citizen centric reforms by the States. The four citizen centric areas for reforms identified were (a) Implementation of One Nation One Ration Card System, (b) Ease of doing business reform, (c) Urban Local body/ utility reforms and (d) Power Sector reforms.

So far 10 States have implemented the One Nation One Ration Card System, 8 States have done ease of doing business reforms, and 4 States have done local body reforms. Total additional borrowing permission issued so far to the States who have done the refoms stands at Rs.­­­56,526 crore.