On Thursday, 22nd July 2021, around 100 officials from the Income Tax Department conducted a raid at over 30 locations of the Media Group Dainik Bhaskar's offices in Madhya Pradesh, Maharashtra, Delhi, Rajasthan and Gujarat. This also included the residential premises of the promoters of the Media Group. No official communications has been given by the Central Board of Direct Taxes in this regard.

However, tax officials confirmed that the raid was conducted on account of “huge tax evasion” and “bogus expenses and purchases using shell entities”. Separate searches are also on at premises owned by Lucknow-based Bharat Samachar television channel and its editor, Brajesh Misra.

Later in the afternoon, Dainik Bhaskar reported that the IT team has raided the homes of many employees, confiscated mobiles of employees present in the offices and barred them from going out. “Night shift workers have also been barred from leaving the office,” the report in Hindi said. 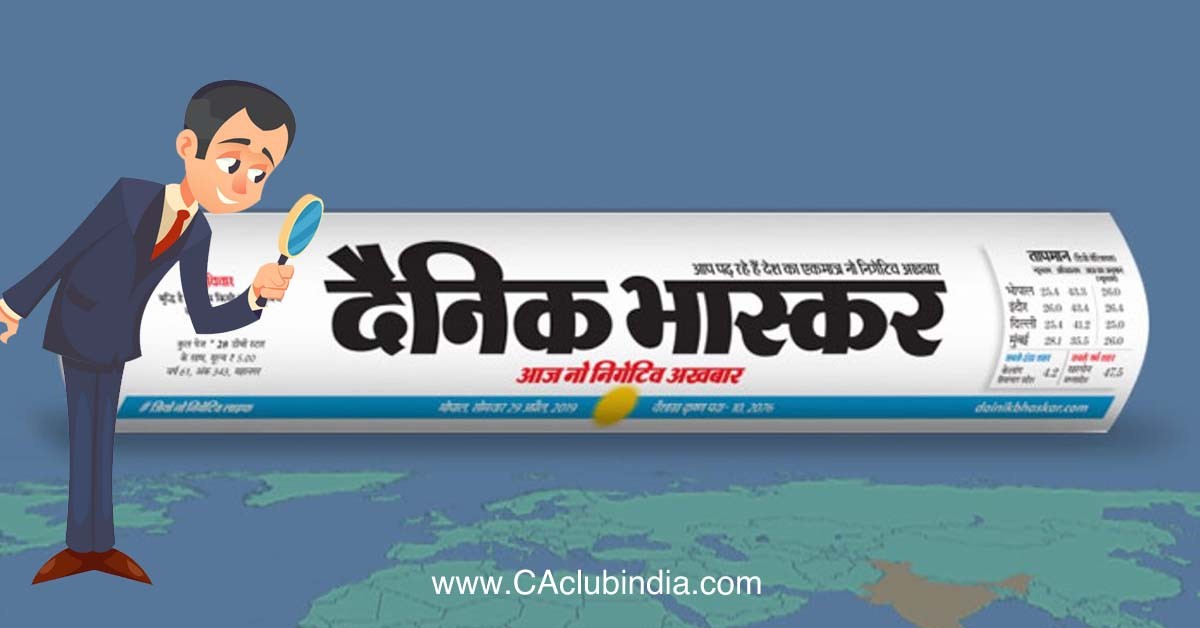 “Usually IT raids investigate departments related to financial transactions, but here the work of journalists was disrupted by scanning documents and electronic devices related to editorial content,” the team of Dainik Bhaskar said.

Statement by different Ministers and Members of the Parliament

"Agencies do their own work, we don't interfere in their functioning. I would also like to say that facts need to be found before reporting about any incident. Sometimes lack of information is misleading".

"The attack on journalists & media houses is yet another BRUTAL attempt to stifle democracy. Dainik Bhaskar bravely reported the way Narendra Modi ji mishandled the entire COVID crisis and led the country to its most horrifying days amid a raging pandemic. I strongly condemn this vindictive act that aims to suppress voices that bring out the TRUTH. It's a grave violation that undermines the very principles of democracy. Urging everyone in the Media to stay strong. Together we shall never let the autocratic forces succeed!"

"Through its reporting, Dainik Bhaskar has exposed the Modi regime's monumental mismanagement of the COVID-19 pandemic. It is now paying the price. An Undeclared Emergency as Arun Shourie has said - this is a Modified Emergency".

"Income Tax raid on Dainik Bhaskar newspaper & Bharat Samachar news channel is a brazen attempt to suppress the voice of media. Modi government cannot tolerate even an iota of its criticism. Due to its fascist mentality, the BJP doesn't want to see the truth in a democratic setup. By indulging in such actions and gagging media, the Modi government wants to convey the message that if the media doesn't become Godi-Media then it's voice will be suppressed."

"The message is clear - whoever speaks against the BJP government will not be spared. This is a dangerous mentality. All should raise their voice against this. These raids should be stopped immediately and the media should be allowed to function freely".

Statement of the Income Tax Department

On the same day, the Income Tax Department, via their official Twitter handle denied all allegations made against them that suggested that they have been making changes in media stories & taking editorial decisions.