In exercise of the powers conferred by section 295 of the Income-tax Act, 1961 (43 of 1961), the Central Board of Direct Taxes hereby makes the following rules further to amend the Income-tax Rules, 1962, namely:-

(a)  for clause (iv), the following clause shall be substituted, namely: –

once registered in the system are not erased”;

(b)  after clause (iv), the following clause shall be inserted, namely: –

4. In Appendix-II of the Income-tax Rules,1962, after Form No.3BA, the following Form shall be inserted, namely:-

3.  Details of transaction in which client codes have been modified after registering in system are enclosed in soft copy as annexure.

ANNEXURE TO FORM NO. 3BB 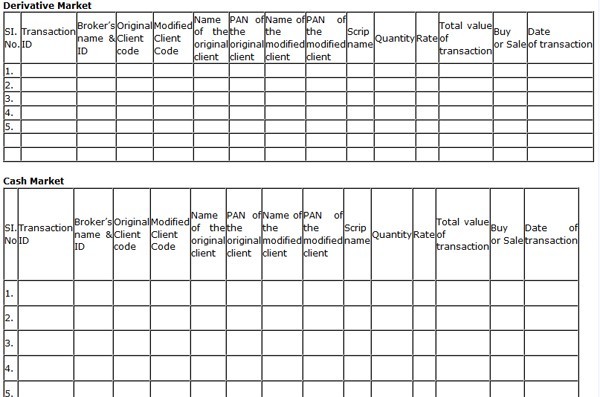