THE INSTITUTE OF COMPANY SECRETARIES OF INDIA (ICSI) will be conducting CS OLYMPIAD in September, 2016. ICSI has entered into an MOU with SCIENCE OLYMPIAD FOUNDATION (SOF) for conduct of CS Olympiad for the 11th and 12th Standard Students appearing in the respective examinations in each academic year in schools across India. The first ‘CS Olympiad’ is scheduled to be held in September, 2016. 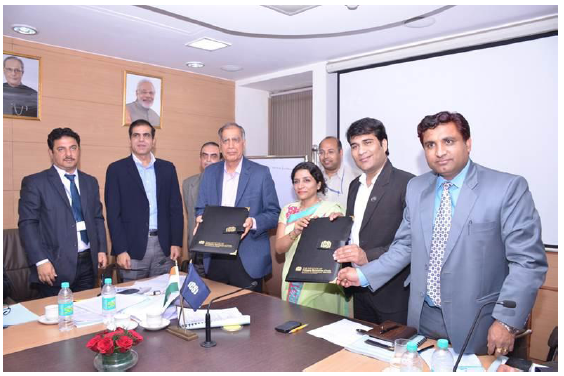 The MOU was signed between ICSI and SOF and were represented by CS Mamta Binani, President, The ICSI and Mr.Mahabir Singh, Executive Director, Science Olympiad Foundation respectively.