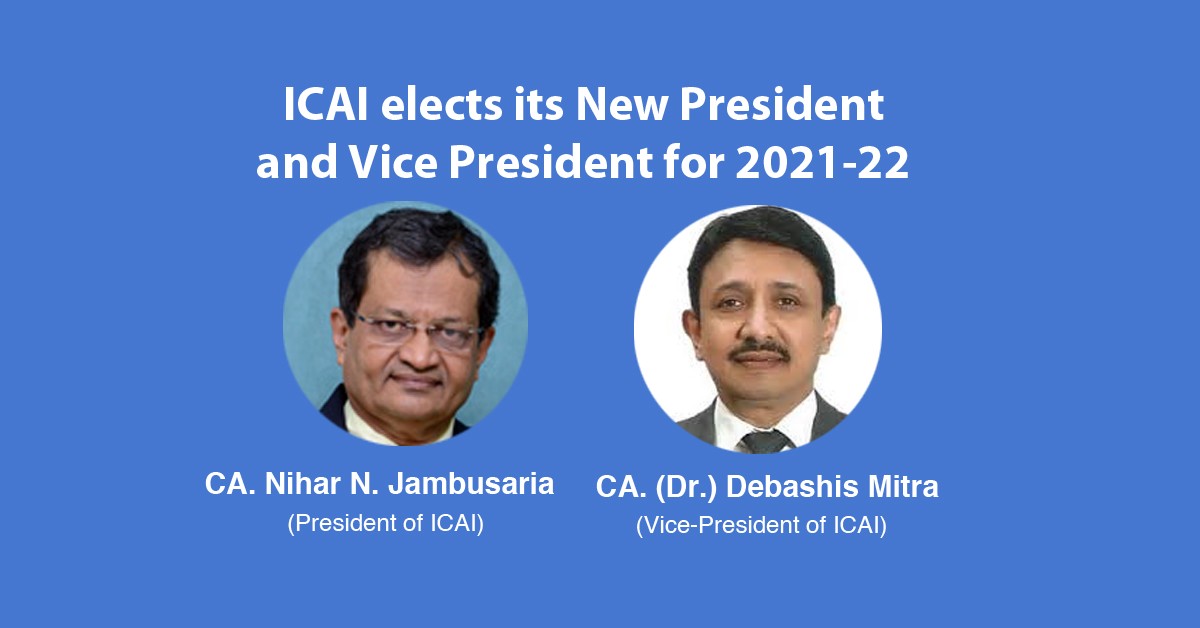 A man of professional wisdom, vision and strong organisational skills with a firm belief in all round inclusive growth of Indian Chartered Accountancy profession, CA. Nihar N Jambusaria has been elected as the new President of the Institute of Chartered Accountants of India (ICAI) for the year 2021-22 wherein he is currently serving for third consecutive term, i.e. 2013-16, 2016-19 and 2019-22.

A blend of erudition, experience, foresight, technical expertise and professional excellence worth emulating and a Fellow Chartered Accountant from Mumbai, CA. Jambusaria, qualified as a Chartered Accountant in 1984 and was in practice for nearly 27 years. He has also served as Chairman of WIRC of ICAI in 2004-05.

Jambusaria is now Chairman of all Standing Committees including Executive, Finance and Examination Committees, besides being the ex-officio member of all Non-Standing Committees and Editor of ICAI Journal, The Chartered Accountant. CA. Jambusaria is Director of ICAI Registered Valuers Organisation (RVO)andalso the representative from ICAI RVO on the "Committee to advise on Valuation matters”. CA. Jambusaria is Chairman of the ICAI Research wing, ICAI – Accounting Research Foundation and Extensible Business Reporting Language (XBRL) India.

Jambusaria is member of very important committees constituted by the government and regulators relating to policy formation that include Government Accounting Standards Advisory Board (GASAB) and Audit Advisory Board- both constituted by the C&AG of India. He is also Board Member, Insurance Regulatory & Development Authority (IRDA), Insurance Advisory Committee and Apex Committee of IRDA, and Member of SEBI's Primary Market Advisory Committee. He has also been nominated on the Review Committee for the B.Com (Hons) and B.Com New Syllabus for all the Universities in the Country by the University Grants Commission(UGC). He was a Member of the e-Commerce Committee formed by the Ministry of Finance and Peer Review Committee of the Central Board of Direct Taxes.

An altruistic hard-worker bestowed with exceptional organisational, networking, administrative and leadership skills, CA. Jambusaria has made noteworthy contributions in whatever capacity he served the profession, particularly as the Chairman of – Ind AS Implementation Committee, International Tax Committee and various other important Committees/ Board of ICAI.

With focus on innovation and niche enablement, he intends to translate his passion for the inclusive growth of the profession through the transformational agenda that the current paradigm merits. 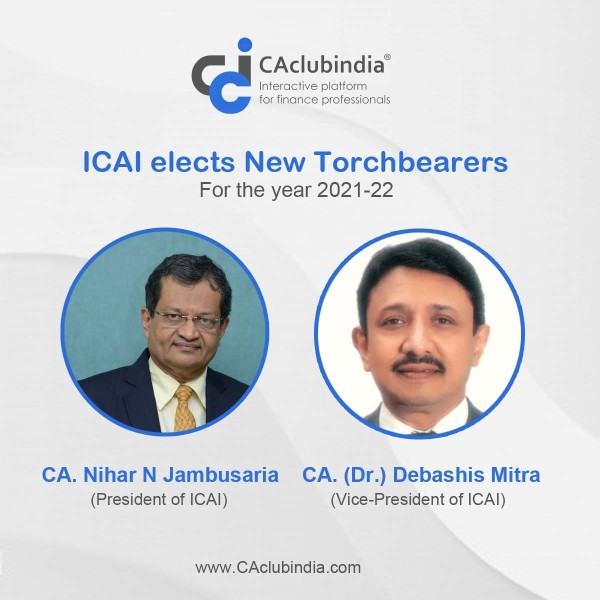 (Dr.) Debashis Mitra is a senior member having an extensive experience of more than 33 years. Besides being a practicing member, he is a Cost Accountant, Company Secretary, Law graduate and a qualified Information Systems Auditor. He was awarded Ph.D. for his Thesis ‘A Critical Study of Select Indian GAAP, US GAAP & IAS / IFRS.’

Being a trainer in International Financial Reporting Standards (IFRS) and Corporate Laws, he has trained officials from many a corporate and non-corporate entities including Central/State PSUs and Office of Comptroller & Auditor General of India (CAG). An avid speaker, he has addressed numerous Conferences of Chambers of Commerce and reputed Institutes in India & abroad.

He has held key positions as former Chairman of the Eastern Indian Regional Council of ICAI as well as Guwahati Branch of ICAI.

As an accomplished professional having immense knowledge of trade and industry, he is currently serving as an active member of several prestigious Boards, Forums and Institutions in India and abroad viz. Quality Review Board established by Govt. of India, Board of Extensible Business Reporting Language (XBRL) India, the Board of Governors of Assam Down Town University and Audit Group of Confederation of Asian and Pacific Accountants (CAPA). He also represented ICAI in Uday Kotak Committee on Corporate Governance set up by SEBI as well as the Committee set up by Ministry of Corporate Affairs for revision in CARO.

A seasoned strategist and leader to the core, he is the President-elect of Rotary Club of Calcutta, the oldest running Rotary Club in Asia, Vice President of the Board of Accountants’ Library, one of the oldest Accounting Institutions in India, member of the Finance Sub-Committees of Calcutta Club Ltd. as well as former National President of The Institute of Internal Auditors (India).