(1) These rules may be called the Companies (Specification of Definitions Details) Amendment Rules, 2021.
(2) They shall come into force on the 1st day April, 2021.

2. In the Companies (Specification of Definitions Details) Rules, 2014, in the rule 2, in sub-rule (1), after clause (s), the following clause shall be inserted, namely:- 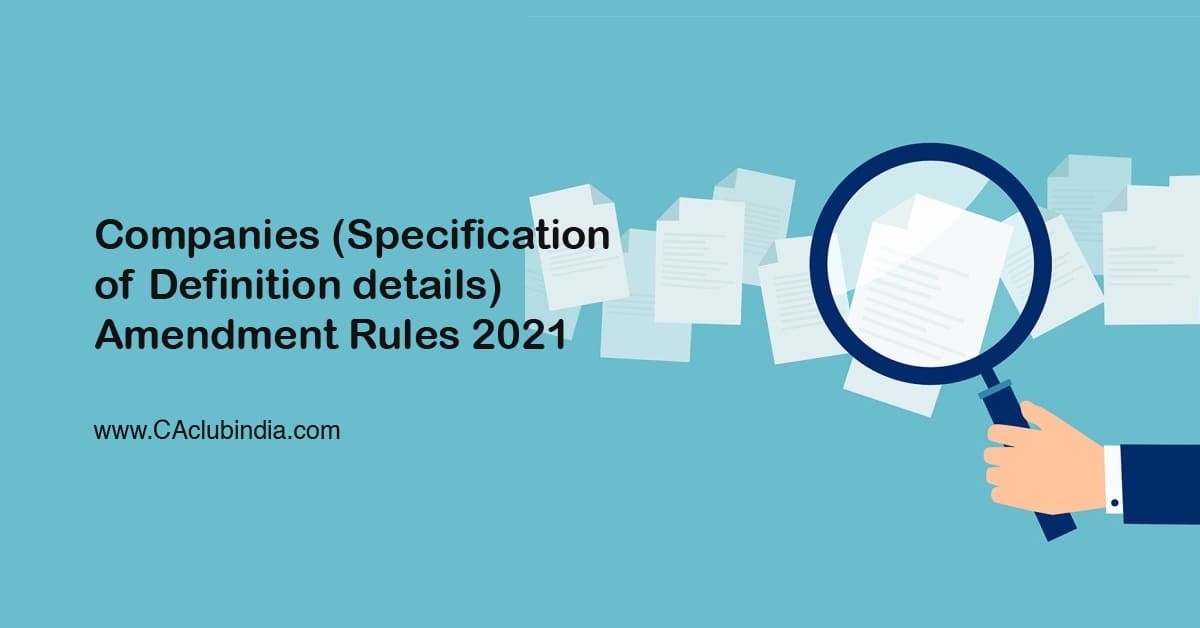 “(t) For the purposes of sub-clause (i) and sub-clause (ii) of clause (85) of section 2 of the Act, paid up capital and
turnover of the small company shall not exceed rupees two crores and rupees twenty crores respectively.”.