Chief Economic Advisor steps down, says "Will Return back to Academia"

Chief Economic Advisor - K V Subramanian, in a statement issued on 8th October 2021, has decided to return back to academia following the completion of his 3-year tenure. Read his official statement below:

Statement from The Chief Economic Advisor, Government of India

I have decided to return back to academia following the completion of my 3-year fulfilling tenure as the Chief Economic Adviser, Government of India. To get an opportunity to serve one's nation is an absolute privilege! Each day that I have walked into North Block, I have reminded myself of this privilege while endeavoring my best to do justice to the responsibility that cornet with the privilege. Being provided the opportunity to contribute during a period of tremendous uncertainty and epochal change has been the lucky icing on the cake. So, while being conscious of the enormous privilege bestowed on me, I will happily return back to serving the country as a researcher after fulfilling my three-year commitment. 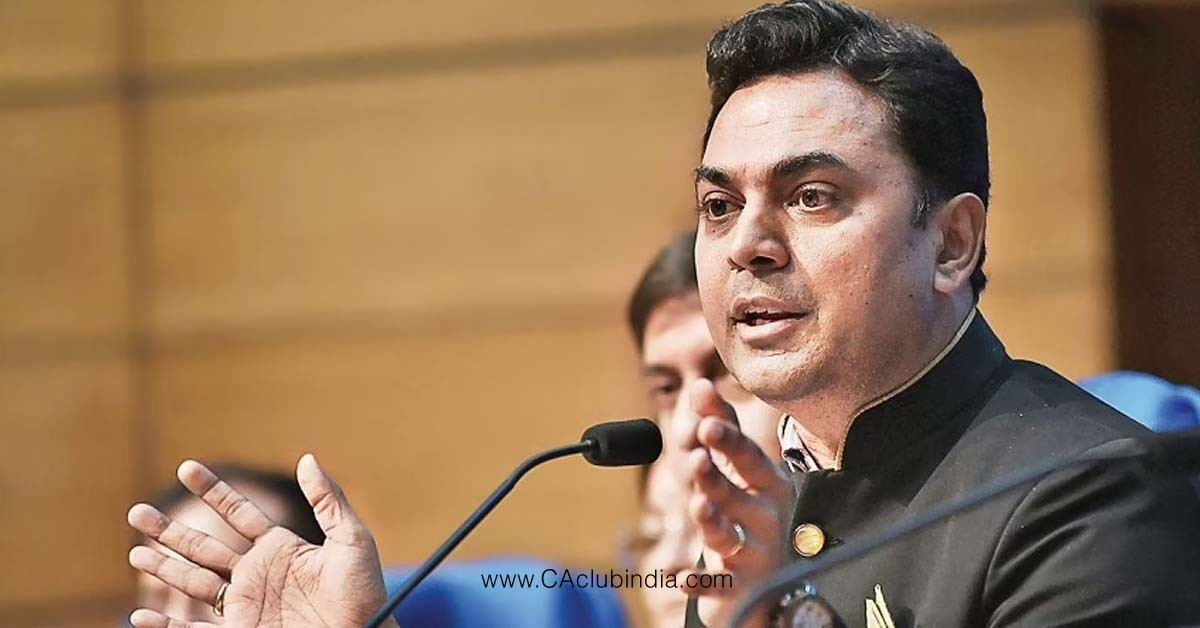 I have received tremendous encouragement and support from within the Government and have been fortunate to enjoy a warm relationship with senior functionaries. In close to three decades of my professional life, I am yet to encounter a more inspiring leader than the Hon'ble Prime Minister, Shri. Narendra Modiji. His intuitive understanding of economic policy combines with an unmistakeable determination to use the same to elevate the lives of common citizen, In my close interactions, I had the privilege to witness this combination in action — be it in taking the tough decisions that do not fall prey to sub-optimal populism but tangibly improve citizens' lives, or in the courage of conviction to think out of the box and enact path-breaking reforms amidst a once-in-a-century crisis when the rest of the world was merely content on tiding through the pandemic. The momentous change in India's economic thinking post the pandemic — inter olio embracing ethical wealth creation by empowering the private sector and economic recovery driven by government capital expenditure — bears testimony to his leadership. Alloyed with his keen listening, the freedom to speak one's mind that he unstintingly encouraged enables such phenomenal change. On umpteen occasions, I have walked out inspired after a meeting with him — only a genuine leader. can elicit such sentiment.

The Hon'ble Finance Minister, Smt. Nirmala Sitharamanji who is a scholar at heart, has been instrumental in the Economic Surveys carrying their free spirit. Her feedback has been as committed as her support. Whether it was in taking the draft chapters to read on a cross-country flight or in suggesting changes that better incorporated India's institutional features, these are but two examples of her commitment and support. In the periodic meetings at North Block, Madam's sense of humour and easy manner play a critical role in enabling a healthy debate that is so essential amidst epochal change.

My colleagues across ministries, especially those at Ministry of Finance and the Prime Minister's Office — some of whom have become dear friends — have been wonderfully receptive to ideas by supporting and, at times, challenging them. A brief conversation after this year's budget presentation — needless to say one that will remain private — made my wife comment that was such a cute gesturer Wonderful colleagues make you forget any trials and tribulations through such touching moments.

Given the passion for research, bringing new ideas and disseminating them through the Economic Survey has been an unadulterated pleasure. This process has taught me to carefully pick a team of talented and motivated professionals in a way that Sourav Ganguly exemplified, remaining calm while continually paddling underneath as Dhoni epitomized, and always putting the nation first in a way that Rahul Dravid demonstrated. The way my incredibly committed and capable team of Indian Economic Service officers responded to the responsibility and the freedom entrusted to them — a sine qua non for a creative team — has been so wonderful to observe.

India is witnessing dramatic change. After all, as my late father had dreamt and worked so hard for, a person who was the first ever in his entire clan to step into the hallowed portals of a university gets the honour to serve the nation. Such an opportunity to "Live the Indian Dream" manifests under a leader who takes equal pride in his humble origins. That such a savant comes assay genuinely admiring the leader symbolizes an India Where meritocrory is in and entitlement is out. To be at the helm during such a time of spectacular change is an incredible honour that I will cherish forever.