CAAS writes a representation letter to PM on issues concerning GST,MCA and IT

The Chartered Accountants Association, Surat has written a representation letter to the PM Shri Narendra Modi, expressing their dissent over actions and approach of FMO with relation to GST, Income Tax, MCA etc. The letter also contains their demands in these areas. Read the official representation letter below:

Sub: Dissent over Actions and Approach of FMO, MCA and Others

As a community of tax payers and contributories to the growth of the nation, we write this, with a pained heart, that the recent actions and approach of FMO, MCA and others in our own Government, do not reflect the welfare mind state required of a People’s Government. Our discomfort is not with the Government but with the policies charted against its own people. While numerous representations have been recently sent by the Trade, Industries and Professionals w.r.t GST, Income Tax and MCA, none of them had been responded either by FMO or the MCA. The most glaring example is recently issued Order F.NO. 370153/39/2020-TPL u/s 119 of Income Tax Act, 1961 which had been issued in total disregard of the reality and the expectation of the taxpayers at large. Vide the said order CBDT had rejected all the representations received to extend due dates of Income Tax, which has a direct relation in increasing the compliance burden on the Trade, Industry and General Public in the form of Late Fees, Interest and Penalty. Para 9 of the said order made it clear, that the Officials in charge of the FMO are more interested in setting a trend of discipline in a time of pandemic. Even more shocking was the revelation in black and in white before the Court of Law, that these officials chose to compare due dates of Income Tax filings in other countries with different set of laws, cultures and infrastructure, instead of comparing the leniency allowed to their own department  officials in internal due dates against the basic requirement of adequate time for proper compliance requested by their own countrymen, in a total disregard to the Article 14 (Equality among Equals) of the very document that came inforce on this very day, 71 years ago. Whether it may be under GST, Income Tax or Corporate Laws, it seems highly unclear of the present policies which gives priority to:

a. unplanned revenue in the form of Late Fees, Interest and Penalty instead of the Planned Taxation,
b. indulge into unproductive compliances,
c. avoidable litigations;
d. frequent changes in laws;
e. unstable IT infrastructure;
f. free hand to tax officials; or
g. rigid approach towards trade, industries or professionals;
h. implementation of laws without taking the Trade, Industry or the Professionals into confidence; and
i. inflicting greater hardship on the public at large.

This high headedness has made us join hands with more than 100 different associations, which do not desire that citizens engage in petty low life compliance processes, but intends to engage in processes productive to them and the economy, and with a common goal of making our country a super-power. Since, our earlier representations were not responded by the Finance Minister, we are escalating this matter with your good self. 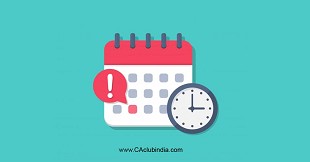 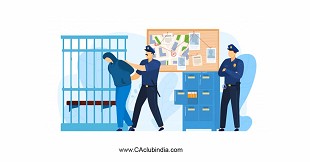 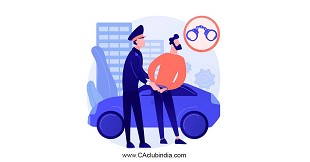