“This Budget mark a clear directional change for the Indian economy and that directional change is not what the government has offered as a sudden response, but it was something that was preoccupying the Indian minds for over 30 years,” said Union Minister for Finance and Corporate Affairs Smt. Nirmala Sitharaman while addressing the FICCI’s National Executive Committee Meeting, via video conferencing here today. 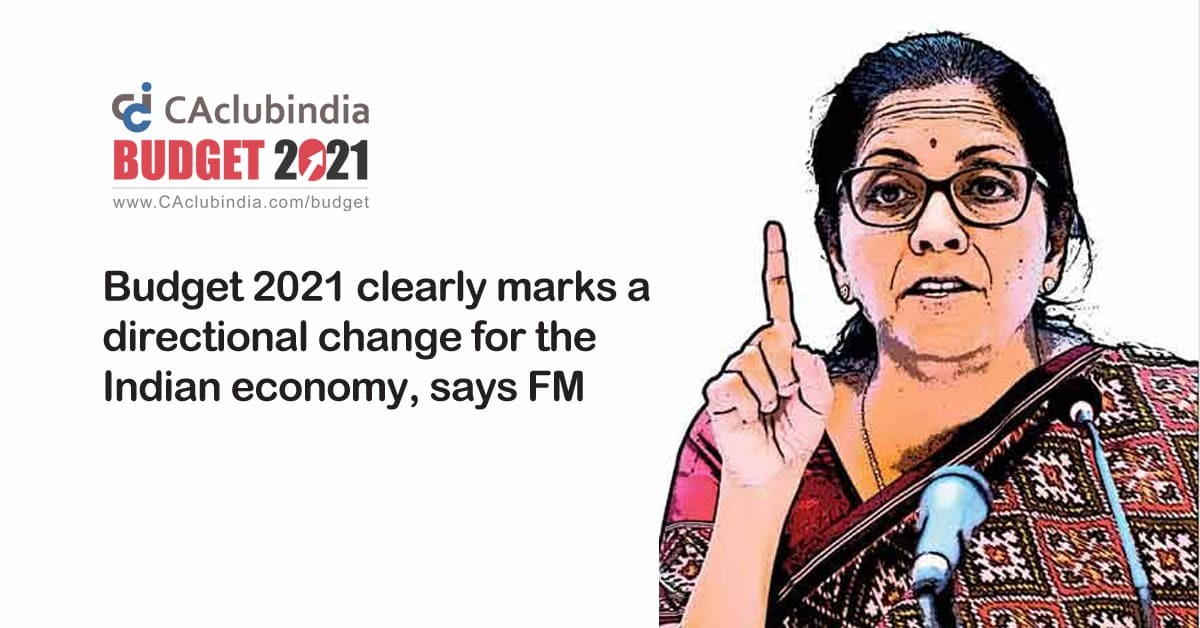 Smt. Sitharaman said that this budget is trying to raise resources which are non-tax resources at a time when we need a lot of money to spend. “It’s a budget which raises resources but not on the back of increased taxation. There is a directional change in the budget which is so distinct that it will fuel the entrepreneurial spirit which the Indians show given the right opportunities,” she added.

The Finance Minister further stated, “I underline that we have not burdened any section of Indian society with any additional demand for even an additional rupee.” She added that we have good confidence that revenue generation will improve through this year and we are confident that we will be bringing in non-tax revenue other than just disinvestments through various other monetization of assets and so on.

Smt. Sitharaman also urged the industry to come forward to make investments. “I hope the industry will understand the spirit with which the budget is placed before you and therefore also come forward to participate in this inevitable exercise. Industry, having cleared all its debts and finances, should now be in a position to invest money to expand and grow and clearly show signs that it is now ready to receive any joint ventures for the sake of technology that it prefers to have,” Smt. Sitharaman emphasised.

The Finance Minister further stated that for providing immediate stimulus to the economy, the government will be spending in a big way in public infrastructure and three large areas where big ticket expenditure will happen include infrastructure, health and agriculture. “Government alone, even if it brings bags full of money, cannot just meet the demand of the growing and aspirational India,” Smt. Sitharaman said.

Speaking on the setting up of Development Financial Institutions (DFI), Smt. Sitharaman said that we will enable one DFI and the entire financing of long-term infrastructure will happen in a very market driven way. That itself will bring in efficiency, she added.

The government, Smt. Sitharaman said, has taken a confident, trustworthy and transparent accounting statement in our budget. “There is no patching up or white washing. It has honest attempt to give honest statement of the government’s finances and with the reforms announced along with the stimulus. It is clear that this government is not sitting cautiously, and it is coming forward with faith in Indian industry and business leaders,” added the Finance Minister.

Shri Uday Shankar, President, FICCI said that the most satisfying aspect of this budget is that we did not see much tinkering of taxes. This adds to policy certainty and investor confidence. The budget also continues the government’s efforts towards enhancing ease of doing business through easier compliances and faceless tax assessment. This is a big relief to taxpayers and, in the long run, will help widen the country’s tax base.