Department for Promotion of Industry and Internal Trade(DPIIT) Secretary, Ministry of Commerce and Industry, Dr. Guruprasad Mohapatra today said that the Budget 2021-22 has proposed various measures to reduce regulatory compliance burden which will improve ease of doing business for industry and ease of living for citizens.

While addressing the media here,Dr. Guruprasad Mohapatra said that the Government of India has undertaken an all-encompassing systematic approach to carry out sustained efforts to reduce and simplify the regulatory compliances for businesses and citizens. Hon. Prime Minister has directed that this exercise may be completed by 15th August 2021 to coincide with the 75th year of independence of India.

He said that a systematic exercise across Central Ministries/Departments and States/UTs is being undertaken to bring in Simplification, Rationalization, Digitization and Decriminalization in the current regulatory regime. 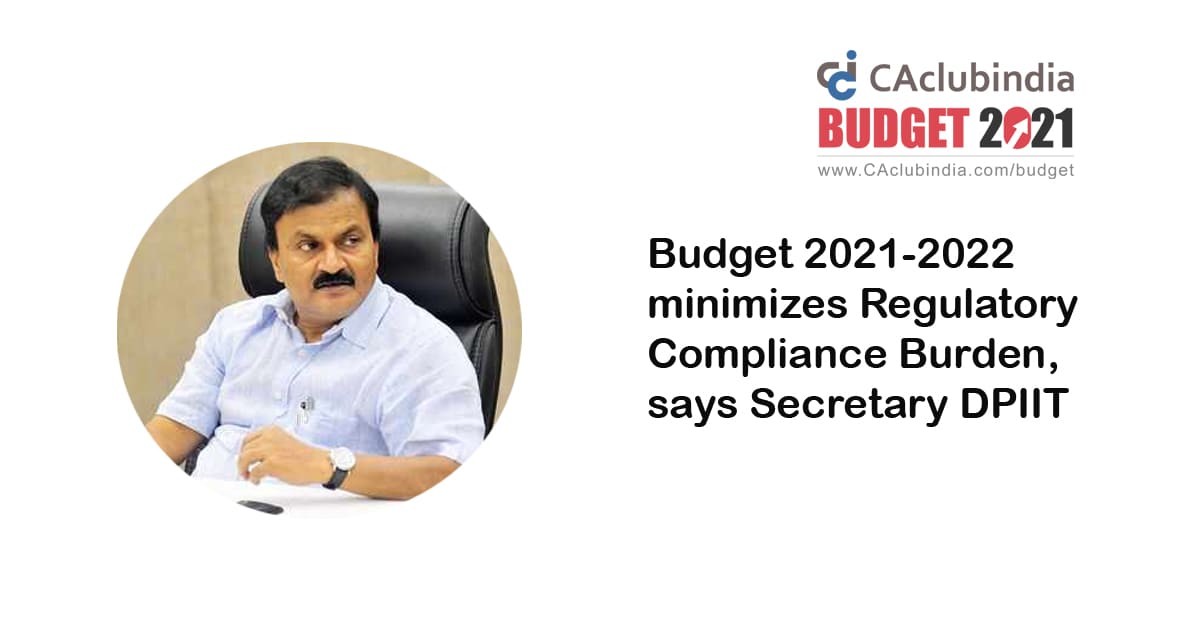 Several reform measures have been initiated and implemented to make customs clearance process faster, flexible and free from human intervention. This led to reduction in overall time and cost of exports and imports clearances. Budget 2021 has announced measures to bring ease of compliance for exporters and importers.

Budget 2021 announced various measures in keeping with its commitment to ease theburdenon taxpayers by bringing ease of filing of tax returns. Large number of senior citizens across India will be benefited with the simplification introduced in filing income tax returns.

Budget 2021 focused on decriminalization and simplification measures to make it easier for starting and operating a business in India.

Use of New-Age Technologies

Liberalized regulatory regime will not only boost productivity, employment and economic growth but would also further the vision of AtmaNirbhar Bharat, making India the globally preferred investment destination.