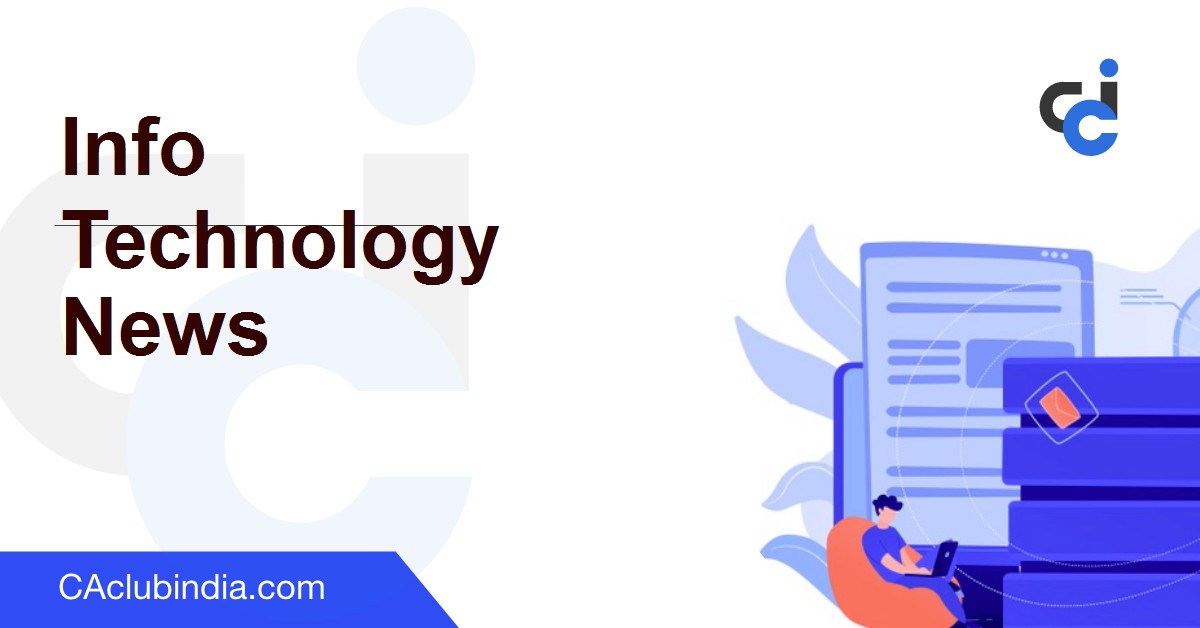 
Over Three Times Increase in Revenue from it and ITES Industry Envisaged   Revenue to Reach 300 Billion USD by 2020   Measures for India to Emerge as Hub for Language Technology Suggested            ..


MCA SPV is planning to increase the IT effectiveness of the Official Liquidator offices of Ministry of Corporate affairs for which two applications are envisioned namely, e-Court and eAuction.  Proposals are invited from Software Development companies for development and maintenan..


Exemption from Liability for Hosting Third Party Information - Diligence to be Observed under Intermediary Guidelines Rules   The attention of Government has been drawn to news items in a section of media on certain aspects of the Rules notified under Section 79 perta..

Access to Sensitive Personal Information under New IT Rules Only with Checks and Balances: Clarifies DIT


Access to Sensitive Personal Information under New IT Rules Only with Checks and Balances: Clarifies DIT   The attention of Government has been drawn to news items appearing in a section of media which have commented on some aspects of the Rules framed under section 43A of..


Draft Policy on Open Standards for E-Governance Available for Public Feedback Public Review Closes on 3rd June, 2010 Government of India has initiated collaborative process of formulation of Open Standards for e-Governance in India with the objective of enabling seamless interoperability of ..

Proposal for Setting up of National Knowledge Network (NKN)


If you were banking on your income tax refund for 2006-07 to take care of your investment needs or meet liquidity requirements, then there is no immediate hope in sight with the government yet to develop a software to process your returns. While the finance ministry launched the new multi-page tax r..