I am a salaried employee. Last year(2013-14) I was in Malaysia for official purpose for 5 months. Remaining 7 months I was in India receiving salary in INR.

For Malaysia period, I received salary in MYR. I see TDS has been deducted by Malaysian Tax authority @ 26% flat on all the salary components for the period I was in Malaysia.

Below are my queries-

1. As per Income tax act, Am I eligible to get any refund from either Inidan or Malaysian tax authorities?If yes, how much?

2. How do I show the salary earned in Malaysia in ITR1? What  exchange rate I need to apply?

3. Other than filing return, do I need to submit anything else to Indian Income tax authority considering the fact I have earned an income outside India??

While responding would appreciate if you can specify the relevant provision supporting your facts and logic. 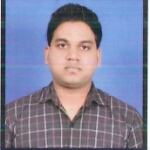 Hope the above shall satisfaied you

Thanks for the reply...

I do see a DTAA existing between Malaysia and Indian Govt....but i am not able to understand accurately the provisions...

Can you please go through the same and let me know what would be the implications...

First of all, this is not in my scope, if you want really a help from my side then you have to pay for it. I have directed you in well manner.

Secondly, you are a CA along with LCS along with M.Com, then also you are incapable of finding the exact provision for tax implication and requesting me to check in details.

Can you pls give ans to my querry ?

Your are a Resident in India during the previous year.

I have read the Article 15 of DTAA and it seems that incomes earned will be taxed in the respective contracting states only.

As DTAA exists between Malaysia and India, in my opinion:

1. Either you may not have to declare your Malaysian Salary in India since it was already taxed 2. Or you can declare the Malaysian Salary and produce the evidence to Income Tax Officer when he demands it from you.

2. Notwithstanding the provisions of paragraph 1, remuneration derived by a resident of a Contracting State in respect of an employment exercised in the otherContracting State shall be taxable only in the first-mentioned State if :

(a)  the recipient is present in the other Contracting State for a period or periods not exceeding in the aggregate 183 days in any twelve month period commencing or ending in the fiscal year concerned; and

(b)  the remuneration is paid by, or on behalf of, an employer who is not a resident of the other Contracting State; and

(c)  the remuneration is not borne by a resident or permanent establishment or fixed base which the employer has in the other State or by a person carrying on independent personal services in the other Contracting State.

3. Notwithstanding the preceding provisions of this Article, remuneration in respect of an employment exercised aboard a ship or aircraft operated in international traffic by an enterprise of a Contracting State may be taxed in that State."

You are covered under Malaysia Dtaa article 25 . Rebate will be allowed. Form w2 should be with you.

For any fyrther query pm or mail me.

Do i need to pay any tax on UK saving ??