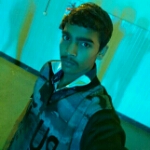 Real Estate Regulatory Authority (RERA) Bill was introduced by the Indian National Congress government in 2013.[4] In December 2015, the Union Cabinet of India had approved 20 major amendments to the bill based on the recommendations of a Rajya Sabha committee that examined the bill.[5] The Bill had been referred to a select committee, which had given its report in July 2015.[6] However, Congress, Left and AIADMK had expressed their reservations on the report through dissent notes.[6] The bill got approval of the Rajya Sabha on 10 March 2016 and by the Lok Sabha on 15 March 2016.[7][8]

What is a Real Estate Regulatory Authority? What are my options if I decide to pursue this option?

Under a new law, states have to establish Regulatory Authority which is a special body dealing with the real estate sector. Here’s what you need to know about the law with respect to your particular problem:

Compulsory registration of new and ongoing projects - All builders and developers have a duty to register their new and ongoing projects with the Regulatory Authority.Please remember that this duty extends to projects which are currently going on as well. They have to complete this by the end of July 2017. However, if the builder or developer has already obtained the completion certificate, they do not have a duty to register their project under this law.They are not required to register projects which are very small - if the area of the land which is going to be developed is less than 500 square meters and the number of apartments is less than eight. This exemption might differ from state to state.Once the registration is granted by the Regulatory Authority, the builder or developer has to publish entire details of their projects on the website of the Regulatory Authority. The registration is valid for the period indicated in the project application as the time required for completion of the project. Once this period is over, the Regulatory Authority has a right to revoke the registration granted for this project.If the builder or developer has not handed over the property by the date mentioned in your agreement for sale or if the registration granted by the Regulatory Authority has been suspended or revoked, you have the right to withdraw from the project.If you choose to withdraw from the project, you have the right to be compensated for the full amount you have paid till date along with interest. You get this right as soon as the date has passed - you do not have to file a complaint or case at this point. The developer and/or builder is supposed to compensate you as soon as you make the request.If you choose not to withdraw from the project, you have the right to be compensated with interest for every month of delay. The exact interest amount will differ from state to state and depend on the state regulations issued.If the builder or developer is not voluntarily compensating you, you have the right to file a complaint before the Regulatory Authority. Each state Regulatory Authority is supposed to appoint an officer who performs the functions of a judge. She will conduct an inquiry and pass an order once she has decided whether you are actually supposed to get the interest or money spent.You need not compulsorily hire a lawyer to represent yourself. You can appear yourself or even hire a chartered accountant or cost accountant or company secretary.If you are not satisfied with the decision of the officer, you can file an appeal before the Appellate Tribunal set up under this law within 60 days. Every state is supposed to have one such appellate tribunal.

Every state and union territory is supposed to have such an authority and an appellate tribunal. Since this is a very recent law (important provisions came into force on May 1, 2017) and a number of states have not yet set up authorities, you will need to check if the state in which the property is located has set up the Regulatory Authority and Appellate Tribunal to see if this option is available in the first place.

What is the time period within which the Regulatory Authority is required to dispose the complaint?

The new law states that the Regulatory Authority should endeavour to dispose of the complaints within 60 days from the date of filing. However, the Authority can take more time and is only required to record the reasons for not completing the proceeding within the 60 day period.

If there is a Regulatory Authority set up in my state, can I still approach a civil court or file a writ petition before the High Court?

No, if the Regulatory Authority has been set up in your state, you cannot file a case before a civil court or file a civil writ petition before the High Court. Recently, some High Courts have in fact been directing those who file civil writ petitions before it to approach the Regulatory Authority in that state. However, since this is a very new law and some states may not have set up a regulatory authority, you might still have the option of filing a civil case.[1]

RERA must grant/reject an application within 30 days of submission of all required documents. [2]

The Real Estate Act makes it mandatory for all commercial and residential real estate projects where the land is over 500 square metres, or eight apartments, to register with the Real Estate Regulatory Authority (RERA) for launching a project, in order to provide greater transparency in project-marketing and execution. For ongoing projects which have not received completion certificate on the date of commencement of the Act, will have to seek registration within 3 months. Application for registration must be either approved or rejected within a period of 30 days from the date of application by the RERA. On successful registration, the promoter of the project will be provided with a registration number, a login id, and password for the applicants to fill up essential details on the website of the RERA. For failure to register, a penalty of up to 10 percent of the project cost or three years' imprisonment may be imposed.[7] Real estate agents who facilitate selling or purchase of properties must take prior registration from RERA. Such agents will be issued a single registration number for each State or Union Territory, which must be quoted by the agent in every sale facilitated by him.[9]

The Act prohibits unaccounted money from being pumped into the sector and as of now 70 per cent of the money has to be deposited in bank accounts through cheques is now not compulsery.[10] A major benefit for consumers included in the Act is that builders will have to quote prices based on carpet area not super built-up area, while carpet area has been clearly defined in the Act to include usable spaces like kitchen and toilets.[7]

It will help to establish state-level Real Estate Regulatory Authorities (RERAs) to regulate transactions related to both residential and commercial projects and ensure their timely completion and handover.[10] Appellate Tribunals will now be required to adjudicate cases in 60 days as against the earlier provision of 90 days and Regulatory Authorities to dispose of complaints in 60 days while no time-frame was indicated in earlier Bill.[10]

The Act under S.84[11] contemplates that within 6 months of the RERA Act being enforced, State Governments shall make rules for carrying out the provisions of the Act. The said Rules are to be notified by the respective State Government.

As late as October 31, 2016, Central Government, released the Real Estate (Regulation and Development) (General) Rules, 2016, vide Notification by the Ministry of Housing & Urban Poverty Alleviation(HUPA).[12] The Rules so issued by the Central Government are applicable to the five Union Territories without Legislature viz., Andaman & Nicobar Islands, Dadra & Nagar Haveli, Daman & Diu, Lakshadweep, and Chandigarh. The Rules have been issued after the prior release of Draft for comments.[13]

As of 1 October 2017, states like Goa, Kerala, West Bengal, and the North-Eastern States have not notified the Rules. 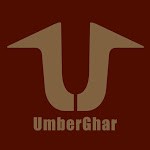 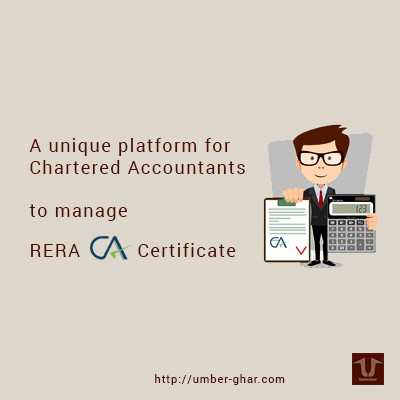