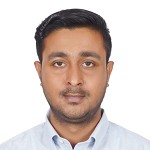 Some eye opener for you. You should take out 5min. to read this for yourself and your children / generations to come:

3.    Was a waitress. She met Rajiv Gandhi, who was enrolled in Trinity College at the University of Cambridge in 1965 at a

4.    Greek restaurant (Varsity Restaurant) while working there, as a waitress to make ends meet

6.    Holds a fake degree in English of Cambridge university

This is the qualification of the lady, who is governing India (beneficiary of 6 biggest scams in Indian history including Boforce, KGB, 2G, Equity sales fraud, Hawala and Swiss accounts). Sonia Gandhi is currently in Switzerland not in USA to move their black money from their Swiss accounts. She and Congress are fooling people of India that she is in USA for some surgery/operation. She can have an operation/surgery in India also. India has worlds’ best hospitals and medical facilities available now. She can even call any doctor from world to India as visiting doctor to take opinion on her surgery/operation but as it is all fake story to fool India and its innocent people to transfer Black money before Indian people demands government to act and get it black money back to India. Government is also protracted and not acting on black money now till all politicians take out their money from their Swiss accounts.

1.    With 3 cases outside India caught high on cocaine

3.    Uses his mothers surname outside India and holds dual passports which are a big crime

4.    Having a Columbian girlfriend, whose is a daughter of a drug mafia

You should also come out from wrong notion of Congress and Gandhi. It is not at all related to Mahatma Gandhi the father of Nation.

2.    She was named Indira Priyadarshini Nehru.

3.    She fell in love and decided to marry Feroze Khan, a family friend.

4.    Feroze Khan’s father, Nawab Khan, was a Muslim, and mother was a Persian Muslim.

5.    Jawaharlal Nehru did not approve of the inter-caste marriage for political reasons

6.    If Indira Nehru were to marry a Muslim she would loose the possibility of becoming the heir to the future Nehru dynasty.

7.    At this juncture, according to one story, Mahatma Gandhi intervened and adopted Feroze Khan, gave him his last name (family name/caste name) and got the name of Feroz Khan changed to Feroz Gandhi by an affidavit in England.

9.    The Indira Gandhi was not Gandhi but Indira gained the surname "Gandhi" by her marriage to Feroze Gandhi.

10. She had no relation to Mahatma Gandhi, either by blood or marriage.

Congress: Congress which is led by such a wrong people is not at all going to do anything good for India.

Please do not depend and leave things on politicians and leaders you elect specially of Congress party. Take active participation in Politics and be an active member in creation of better India for our generations to come. Please open your eyes, mind and if you want India to be the best country in the World, we/ ourselves only will have to work for that. Please do not get trapped into false and future dreams being shown and presented by your corrupt/criminal politicians. Go into depth and use your power of voting wisely.

THINK BEFORE VOTE AND SECURE YOURSELF

Is this from a trustworthy source Bhavin???

But this fake degree of Sonia Gandhi is really shocking...

thanks for sharing aapne to humari aankhe khol di

They dont stop even and continue their corruption fearlessly like anything

..I REALLY SHOCKED AFTER SEEING THIS POST..THANKS BHAVIN FOR SHARING THIS

just think how is OUR INDIA RULED by such people ????

thanks 4 such awareness bhavin,,