Processing of return and refund

For an ITR 4 e verified on 4th Aug, when can we expect completion of assessment and refund.

Till now refund has been credited or not??

Not received the refund till now.  Also no information on assessment.

The making of the new income tax portal was launched by the elected government of the nation using public taxpayer money. The garb used was one day processing and 3 days refund. None of that is coming true, though CBDT is giving new new numbers of "we gave out blah blah crore refund by 30th Aug".

And inspite of 9.5 crore persons getting impacted by a non working tax portal, there has been no protest on social media or on the roads.

No opposition party has launched scathing attack on ruling govt for malfunctioning and inefficiency and wastage of taxpayer money. 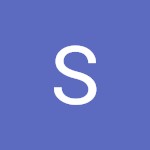 @ Bhavsar RSS criticised Infosys but Congress opposes RSS's voice and also claimed that RSS's voice is Govt's voice. The reason is that Nandan is a congress-backed fellow. What can you expect from opposition parties.?

Has the refund process started by now?