hey friends when pursing CA I saw " Remember the Titans" , "Never Gone Down", " Lagaan", "Andaz Apna Apna" to relax myself and get a stress buster like...... Tell which is the best movie at such low times according to you.... t.p. time.....

GURU MOVIE CAN BE VERY MOTIVATIONAL

Hey Piyush you have started really a nice discussion. When you're knocked down and it seems like you've hit rock bottom, I always find the need for a little touch of motivation. And I watch good movies to lift my mood. Here is my list of best Inspiring movies-

Two imprisoned men bond over a number of years, finding solace and eventual redemption through acts of common decency.(142 mins.)

“ There is a reason this movie is number 1 on the Imdb list and u should watch it to know why .... if ur low on confidence or feeling hopeless this is definately a movie for you !!! ” - asad abbas

Forrest Gump, while not intelligent, has accidentally been present at many historic moments, but his true love, Jenny, eludes him. (142 mins.)

A struggling salesman takes custody of his son as he's poised to begin a life-changing professional endeavor. (117 mins.)

An eight year old boy is thought to be lazy and a troublemaker, until the new art teacher has the patience and compassion to discover the real problem behind his struggles in school. (165 mins.)

Rudy has always been told that he was too small to play college football. But he is determined to overcome the odds and fulfill his dream of playing for Notre Dame. (114 mins.)

A FedEx executive must transform himself physically and emotionally to survive a crash landing on a deserted island. (143 mins.)

In Poland during World War II, Oskar Schindler gradually becomes concerned for his Jewish workforce after witnessing their persecution by the Nazis. (195 mins.)

“ There are not many directors who make Movies like Steven Spielberg ... with every movie he sets a benchmark for other to follow ... These movie gave me goose bumps , once u wll watch it u really cant forget it !!! ” - asad abbas

After a brilliant but asocial mathematician accepts secret work in cryptography, his life takes a turn to the nightmarish. (135 mins.)

Will Hunting, a janitor at MIT, has a gift for mathematics but needs help from a psychologist to find direction in his life. (126 mins.)

A Jewish man has a wonderful romance with the help of his humour, but must use that same quality to protect his son in a Nazi death camp. (116 mins.)

Following the Normandy Landings, a group of U.S. soldiers go behind enemy lines to retrieve a paratrooper whose brothers have been killed in action. (169 mins.)

Expelled from his school, a 16-year old boy returns home to his abusive and oppressive father. (134 mins.)

A determined woman works with a hardened boxing trainer to become a professional. (132 mins.)

After spending years in California, Amir returns to his homeland in Afghanistan to help his old friend Hassan, whose son is in trouble. (128 mins.)

The story of James Braddock, a supposedly washed up boxer who came back to become a champion and an inspiration in the 1930s. (144 mins.)

The true story of Homer Hickam, a coal miner's son who was inspired by the first Sputnik launch to take up rocketry against his father's wishes. (108 mins.)

When his secret bride is executed for assaulting an English soldier whom tried to rape her, a commoner begins a revolt and leads Scottish warriors against the cruel English tyrant who rules Scotland with an iron-fist. (177 mins.)

An impoverished boy forms an unlikely and unstable friendship with the lonely son of a nobleman.

The film celebrates the survival of the human spirit against overwhelming odds and highlights the need for underprivileged children's education. Its a film based on former indian president A.P.J. Abdul Kalam and is aimed at inspiring the poor to educate their children.Written by DaGambit

Nelson Mandela, in his first term as the South African President, initiates a unique venture to unite the apartheid-torn land: enlist the national rugby team on a mission to win the 1995 Rugby World Cup. (134 mins.)

When a man with AIDS is fired by a conservative law firm because of his condition, he hires a homophobic small time lawyer as the only willing advocate for a wrongful dismissal suit.(125 mins.)

Set during World War II, a story seen through the innocent eyes of Bruno, the eight-year-old son of the commandant at a concentration camp, whose forbidden friendship with a Jewish boy on the other side of the camp fence has startling and unexpected consequences. (94 mins.)

A man who loves to make "to-do lists" makes one last bucket list when he realizes he is about to die.

37-year old Mumbai-based Amar Kaul lives a middle-classed lifestyle with his deaf and widowed mother, and is employed as an Accounts Manager with Suraj Pharmaceuticals. His boss, Dasgupta, who is always snacking, abuses him, and often makes him not only work late but also asks him to finish work at home. After going through a medical check-up for an upset stomach, he is told that he has third stage cancer and has only a few months to live. He then sets about to prepare a 10-item 'to do' list which include buying a car; visiting his friend, Dr. Rajiv Jhukla, in Russia; taking guitar lessons; confessing his true feelings to Neha Banot; as well a plan for getting back at Dasgupta. He does not know the shock and trauma that await him when he sets about to complete this final task - and the impact this news will have on his mother

'Life of Pi' was also an inspiring one. 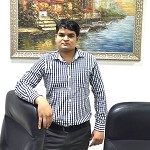 Ashish must say ur a complete encyclopedia....par yaar The Shawshank Redemption... it bada fiction... udaan goodone dude....million dollar baby toh fatte movie ..... taare zameen par toh specially when I had to do MICS ... I mean ISCA.... I used ot get white washed.... Thanks everyone....

but did anyone had the guts to see movie during exam days while exams were going on....

I will not bluf par in PE II say Sholay before accounts paper... aur CA final k waqt say Wake up Sid.... did you do any think weird while exam days....... share ur experience.......

Like one of my friend (Maulik) use to give money to all beggars while going to exam center.... as a hostelite ... one of my roomate used to spend hours preparing kava ( paris coffee, as said) so that he can be awake the entire night but ended too early to bed after drinking the same......