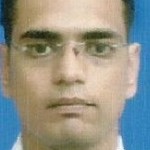 paper was better than accounts.   more preparation is needed.

without good understanding of the concept difficult to answer case studies.

my attempt is nither good nor bad. but atleast i came to know how to overcome the mistakes i have done.

even then can't be sure what the institute demands

distribution of marks is not justified...how can u give such long deeds and notice for just 4 marks each..they take a good amount of time...

and its quite clear that whatever we write in those deeds they wont give us 4 on 4....so we are kind of wasting a good amount of time for just about 3 marks....

NEXT TIME QUESTION WILL BE

dont understand wat exactly they expect from us!!!!

paper was having some tricky & confusing question,.

if concept clear than only we can answer the case law.

& then ghandhiji came in middle.

Paper was actually quite "hatke"

d pattern change was quite obvious..accounts pattern had changed n so did auditing s..

and ethics was ... basic question !! i mean everythin just came from the study material, literally everythin...

i remember a few questions...

8 mks...chairman excluding some matters from minutes..amazing question...it was literally a 4 mark line answer..!!! d answer is yes, chairman can..if its defamation,nt in d int of company, matters which are irrelevant..

and bonus act...who would hav thought they wud ask such simple question..!! it was so much direct..!!

the correction is surely gonna be a bit tough..

rtp nov 10 : same question of rtp had come in paper..2mks question..."the company submits the annual return within 6 months after closing book of accounts"..

one more rtp question abt minimum subscripttion..it was nt frm nov 10 though..

after answering the paper and seeing the pattern...just read everythin from the study material of icai..everythin will come only from that..literally everything...!!!

some ppl said paper was tough..bt i wud say..paper was "hatke"

I was expecting that LAW paper will also going to be good as Audit was..Overall Good paper...neither very tough nor easy...