Itr-v received after due date

I filed Income-Tax Return for AY:2014-15 on 31.03.2015 and sent ITR-V by ordinary post. But unfortunately, I did not check it and it was not received.  I have just sent it again and it is received on 12.09.2016.  The status on efiling website is "ITR-V RECEIVED AFTER DUE DATE".  As I understand, the ITR-V if not received by ITD within 120 days of filing return, it is considered as not filed.  But I am confused whether I will get any communication from ITD to file fresh return or should I file again without any intimation from ITD.  Is it possible that ITD will process the return already filed even if ITR-V is received after due date? 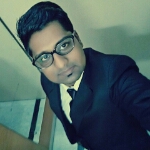 Since the ITR-V is not received by ITD within 120 days of filing return of income, it shall be deemed that no return is filed for such A.Y. as per income tax act provisions. Now, you have to file revised return u/s 139(5), do mention the acknowledgement no. of original return also wHile filing revised return.
1 Like

Don't wait for further communication, file your return without further delay. Previous return will not ne processed as it is time barred.
1 Like

In some cases, it is ratified by the IncomeTax Department and it will be traeted as received within the due sate.

I have talked to CPC helpline. They told that return will not be processed by CPC. I cannot even file online now as it is time barred. Now I have to approach jurisdictional AO for manual return.
1 Like

Wait for some times say 30-40 days.. return could be processed even if received late... IT dept practically processed late received returns.

Yes, you cannot file your return for A.Y. 14-15 now as the last date for the same i.e. 31st March 2016 has been expired.
Some of the members are suggesting that the return will be processed by ITD even if received late. Yes, this is true in some cases provided the delay is not much higher. In the given case, the ITR-V is received after 1.5 years approx from the date return is filed. As per my understanding, it will not be processed.
Further course of action In this case is to approach the AO with manual return along with a letter requesting condonation of delay.

I approached AO. He has told that only one option is left and that is to file application before commissioner under Sec.119(2)(b) for confirmation of delay providing proper justification. Otherwise I can wait as in some cases the CPC may process the return at their discretion.

You should file revised return without waiting to avoid any kind of problem in future.

Revising of return is not possible if  the original return is filed after the due date.

Revising of return is not possible if  the original return is filed after the due date.