Bankers to Maytas Infrastructure will hire an independent auditor to re-assess the company’s balance sheet in the back drop of the Satyam fiasco. The lenders have an exposure of over Rs 3,000 crore to the company.
The banks are anxious to salvage their money since some of the clients of Maytas have started invoking the bank guarantees.
The decision to appoint an external auditor was taken last week by senior bankers at a meeting to examine the status of the loans given to Maytas Infrastructure -- a company run by Teja Raju, son of Satyam's key promoter B Ramalinga Raju.
“Given that Satyam Computer had cooked its books for the last few years, we are worried about the accounting procedures in its sister concern, Maytas Infrastructure. It was in this context that we decided to appoint an independent auditor,” a senior banker, who attended the meeting, told ET. The lenders are anxious to salvage their money since some of the clients of Maytas have started invoking the bank guarantees.
It's a widely shared perception that Mr Raju and his family had diverted a part of Satyam's cash balances to fuel the growth of Maytas which had bagged a string a projects in recent time. Interestingly, one such project is a Rs 260-crore venture sanctioned by the central government to set up an integrated township for Kashmiri pandits. The bankers are likely to finalise an independent auditor by January-end. The key lenders, include ICICI Bank, Axis Bank, State Bank of India, IDBI, Bank of India and Indian Overseas Bank.
“If the independent auditors point out discrepancies in the existing balance sheet, we will ask the company to restate the balance sheet," said another banker. Bankers have also decided to review the status of all projects that have received bank funding. “We will review how far the project has progressed and the payment schedule to get a fix on the money that is due to the company from their clients in near future,” said the banker. 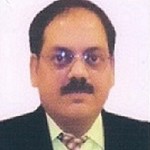