How to claim ITC in This Case??? 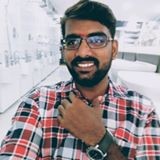 selling of news paper is exempt from tax but advertisement charges is taxable of 5% in this case shall I claim full ITC of purchase of paper and other service charges ???

Space selling for advertisement in print media will attract 18 per cent GST if an agency does so as an agent of a newspaper on a commission basis, the government said today.

GST of 5 per cent will be levied if the advertisement agency works on principal to principal basis -- buys space from the newspaper and sells such space for advertisement to clients on its own account, a finance ministry statement said.

The newspaper would have to pay 5 per cent GST on the revenue earned from space selling but can avail of input tax credit for the tax paid by the advertising agency on commission received.