Can a notice of general meeting be shorter than 21 days?

See if this helps: https://www.caclubindia.com/articles/how-short-shorter-notice-general-meeting-44469.asp 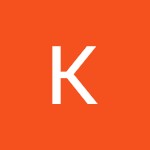 Provided that a general meeting may be called after giving shorter notice than that specified in this sub-section if consent, in writing or by electronic mode, is accorded thereto—

(i) in the case of an annual general meeting, by not less than ninty-five per cent. of the members entitled to vote thereat; and

(ii) in the case of any other general meeting, by members of the company—

(a) holding, if the company has a share capital, majority in number of members entitled to vote and who represent not less than ninety-five per cent. of such part of the paid-up share capital of the company as gives a right to vote at the meeting; or

(b) having, if the company has no share capital, not less than ninty-five per cent. of the total voting power exercisable at that meeting: