1st july is the CA day,but is there anything like CS or CWA day??? I was just wondering.Please enlighten me about this

I know why u r curious to know that because u r cs. I didnt came across that there is something CS day or CWA day.

even I havnt heard abt it

The Government promoted on 4th October, 1968,  Institute of Company Secretaries of India under Section 25 of the Companies Act.. 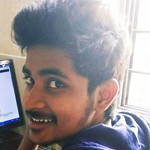 can someone explain, What was the reason for selecting 4th oct as CS day?