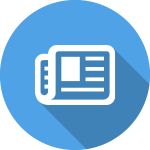 The CA Final examination on cost management, which was held on November 6, 2007, was once again based on the previous pattern, that is, as existed prior to November 2006. Unlike the previous two exams, that is, in November 2006 and May 2007, wherein the mix was almost in line with the expected allocation of marks between cost accounting and operations research, the focus this time around was more on cost accounting.

The overall ratio between cost accounting and operations research was found to be 78:22, as against the promised ratio of 70:30 the ICAI (Institute of Chartered Accountants of India). To this extent the ICAI has not been consistent, but considering the overall nature of the questions, students would have been very satisfied as none of them was tough. In fact the questions were a straight lift from the study material and past examinations papers. Any student who had prepared on these lines should get at least 60 per cent. Overall, the paper does not conform to the standard befitting a Final examination. What follows is a detailed analysis of the questions.

The allocation of marks among the topics is presented in Tables 1 and 2.

Required: If the criterion is maximum expected total sales, find the optimum assignment and the maximum sales.

Alternative 1 — intuitive method: The above question on assignment in an interesting one and a similar problem finds a place in the study material. The same has been solved in the usual manner by applying the assignment technique and the solution is obtained in six iterations.

This is so because of the specific property: “If the assignment is on a proportion and if it is noticed that the elements are on a descending order the maximum occurs in the diagonal from the North-west corner and the minimum occurs from North-east corner.” For the problem at hand, the initial matrix is as shown in Table 5. The final assignment by the usual procedure will be as shown in Table 6. From this it can be seen that the solution lies in the diagonal elements from the North-west corner which exactly matches with the property stated above and also the solution through the intuitive method.

Alternative 2 — application of transportation technique: Yet another alternative is to consider this as a transportation problem, wherein the very first iteration will result in the optimum assignment, with degeneracy.

Any assignment problem solved by transportation technique is always a degenerate case and the optimal solution will always be with degeneracy. In the above case, the number of allocation falls short of the total allocation of 7 and the same is resolved by placing the zero allocation in the cells having the sales value of 70, 40 and 24 respectively or 64, 42 and 25 respectively. The optimal solution however will be the same as computed through the assignment technique.

To conclude, if the elements of the matrix conform to the property specified, the optimal solution will always be the diagonal elements and interestingly in these kinds of problems application of North-west corner rule will also lead to the same allocation.

(Guest)
Aisha, You are some one who really seems to do a lot of research while studying. Yoy have really posted very useful things on the site. I am a CA final student and my attempt is due in MAY 2009 and i need some guidance as how to go about studying. Which is the best book for accounts, audit and MAFA? Pls do reply soon.

Aisha, Keep up the good work.

MAKKAR IS THE BEST EVER. DHARMATMA

(Guest)
For IDT preparation Dippak gupta's notes are best. there are in concise manner. if anyone want please reply here with your email address. Any one have ICAI suggested answers (previous 10-15 exams) in soft copy, i need them. pls rply.

Hi Karan Kindly send Gupta's notes to me. My Id is kbiji @ yahoo.com

Hi Karan Please send me the notes. My email is jasonfernandesca2482 @ gmail.com

(Guest)
Hi all, AS- D Rawat Auditing & MICS - Dont go for Padhuka, it is VERY SIMILAR to Study material

hi, from where can i purchase Auditing - Murali Notes DT- TG Suresh's book 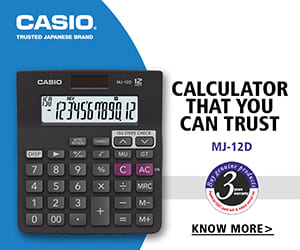 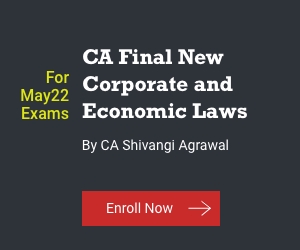