Today is the 21st century. Life has changed a lot. In the past, a girl was taught to do household works only. It was regarded as disgrace when women do job in past …

But in today’s world people thinking got really changed. Now parents consider their daughter as their son. Their is not any more differentiation between a girl and a boy. Even parents want that their daughter should be self dependent that she could manage her life at her own. 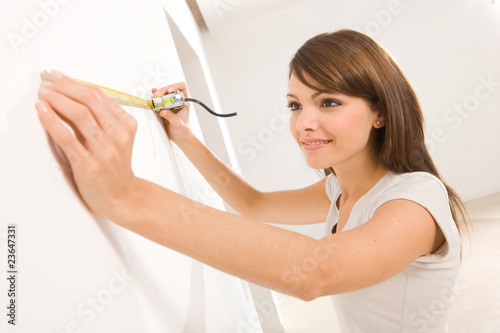 . really cool . Suppose a girl joins her CA after her graduation.  it means her age is already crossed 20 ( as a base). And while doing CA it take almost 4 years i.e. her age should  be 24 when she will be  a CA.

Everyone knows even a champion can fail. So suppose the girl who is already managing her house-cores along with studies also don’t get succeed.  So what ?? i.e her age can be around 26 years. I am just representing some facts here . So don’t get angry

Now the next context of the life begins.  A girl is even considered eligible for marriage when she crosses her 18. Even my school teacher did her daughter’s marriage at the age of 17 and 19

. So while doing CA, relatives even doesn’t consider that the girl is studying and should be free from this stress …

They even advise parents every time “when is your daughter’s marriage. Koi ladka dekha ya nahi…Main advise du

This is the main crucial part of a girl’s life. She chooses another home and leaves her father’s home for whole of her life. But now people don’t think in this way. People have become much more practical. They want an earning wife, who is already indulged in a job.

And while she is doing CA, she will get coaching. It means an extra pocket cost. They just don’t have to bear only her expenses as well as her study expenses.She wont  even give appropriate time to the family and her marriage life.

Every girl dreams of a boy who is loving and caring. And her step family should be same as her family. She sees her step mom as the shadow of her mom. She wants to be the daughter of new home. There are so many dreams and emotions are attached with the new life. But if a girl is rejected for  such approach that she is not earning enough….so what will she create the image of her new home ?

There are so many dowry cases. These are also the part of these evil ideas

If a girl is rejected over such base, that she is doing CA. Is that appropriate????

Should she curse herself??? Should she drop her dream for being a CA????

She even thinks that she made a wrong decision by choosing it. It’s not just a time consuming course as well as need concentration and devotion. So she really made a bad decision because even after getting married, it will take time to be settled. Therefore, she should give up the idea of CA.

IF she is leaving her dream for an alliance, then she must think that she can get ten more good proposals after being a CA

The whole society can’t be reformed in a day. But it doesn’t mean that a girl should not stand for herself .

§   A girl should convince her parents first. She should have a clear vision of her own dream .what she really wanna do with her life?

§  If she really want to establish herself first , then she should convince her parents in the required way. Now that’s a trick !!!!

§  A girl  should always remember that parents won’t do her marriage until she don’t say yes to her parents.

§   Actually there is so much shyness in girls, that they don’t even share their dream boy idea with their parents.  She should be brave what she really desires, what qualities is she looking in her husband.

§  They are parents . if they cant know what you want , then how will they be able to give you the same.

Not just the girl, even parents should also think that if the girl is studying. She should not be unnecessarily burdened with the thoughts of marriage.

Society should also think that a girl who is not working doesn’t mean that she is not capable enough. A housewife is the one who binds a family, creates happiness and peace. The society should wake up. And don’t need to be so blind for money sake. Such kind of dowry ….should eliminated from the society. These all things just kill humanity.

This is not just the whole side. I have seen many examples where a girl after her marriage joins CA, CS, and many more courses. So we should not just focus on negative part but also need to praise for positive aspect of the life. Even one of my friends, her husband used to pick her from examination centre. And her in laws even help her in every work.

Giving up dreams for the sake of difficulties may create a relief for a moment. But it pains like hell after some time. So never lose hope.

well ...i jst wanna say this is my first attempt on such kind of social issue. And this is the most toughest article i ever wrote .

Because emotions cant be expressed in words. And this is the most sensitive  issue , i ever wrote.

so plz let me know ur views

But you wrote only your emotion or did something actually on such a social issue.

, what an explanation with clear headings…Yes agree your facts should support girl and should give her freedom what she have interest to do, even my friend took CA and she could not clear inter later got married, her husband is very supportive to her work and studies. From that she cleared her inter and wrote finals this may, it`s good to see everyone thinking in practical mind. Earlier  they would have forced girls for marriage by their parents and getting treating badly in-laws house, now everything has changed and should be proud of this generation gals coming out and taking challenging course as well work by giving competition to men…

But some girls here mention only some, earlier guys would ask dowry but now girls ask whether guy has good income, own house, staying separate from parents and foreign trip….Everything here ok but staying apart from parents it’s very difficult and girls should understand parent’s r everything for guy r for girls…

Proud to see the new generation girls coming out of household work, working in corporate world and studying professional course like CA, IIM, IIT r foreign universities and this shows they r not less than men..

And men always like competition and challenges, so we r ready girls…hehehehhe…

Great post.....I totally agree wid u....u hav touched upon a really nice topic.....I agree a girl shud be allowed to complete her studies and shud not be troubled wid marriage and stuff be4 dat.....I also believe dat a girl can manage CA and marriage together, but she shud not b forced into it....

nice article.. you are right renu , this is really the biggest problem of our life today .

even me too passing away from this situation ...

Great article dear and very nice topic too..and I agree with your point..Those girls are very lucky who got parents who can understand her feelings,a husband who care and respect her etc..And nowadays every parents support their daughter and told them to try hard to get a job.Becoz after marriage all families are not in the same way..some are very rude( but some love daughter-in-law more than their daughters).So parents wish their daughter have a monthly income on her own.And todays girls are so brave and they are too take their deciseions theier own and they have their own dreams about their life and future.And dear i already told my parents and brother i will marry only after 1 ya 2 years.. 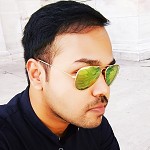 REPRESENTS TODAYS OUTLOOK TOWARDS A GIRL DREAMING TO EDUCATE HERSELF WITHOUT ANY LIMITS,...

EDUCATION IS A RIGHT,..NO MATTER IF UR A BOY OR GIRL,IF U HAVE THE WILL TO STUDY,THEN AGE IS NOT AT ALL A BARRIER,....

NOW WOMENS ARE NO LONGER CONSIDERED AS ONLY HOUSEHOLD KEEPRS, THEY HAVE GOT THE STATUS AND THE RECOGNITION OF BEING EQUAL TO MAN IN ALL ASPECTS OF LIFE BE IT , FAMILY, MARRIAGE, CAREER, BUSINESS ENTERPRENEURSHIP, CORPORATE WORLD AND SO ON, ...A BIG SALUTE TO ALL THE INDIAN WOMEN...

Fabulous Writing on Ineed topic, Really a Appreciable article for ever.

You have converted toughest topic into easy one by superb writing skill,


There should not any diffrentiation between male n female in education field.


Educating girls is the surest path to smaller, healthier and better-educated families.

We All very well knowing that Women spend more time than men do in caring for children. Studies find that resources that women control go more directly to help the family than do the resources that men control.

The more education a woman has, the more likely it is she can earn a higher income, which will go to benefit her family.

In addition, when women are educated they and their husbands tend to want smaller families and to invest more in the health and education of each child.

Keep Writing on such needful topics.

I totally agree with you... but on the same side, i would like to add that parents are worried about their daughter's marriage at an appropriate age because after a certain age limit crosses, we have limited choices and then we need to compromise because of age factor. Have seen some cases, where marriage is a compromise for them and not a life time bonding or something good, just because they crossed their age limit.

Secondly, if we talk to our in laws in advance only, then there should not be a problem. If they agree, then only think ahead about the alliance.

Girls have always been allrounder since their teenage... So proud to be one of them... :-)

awww...this is a heart touching article dear.......very tough to understand what goes inside the heart and brain of a girl...All i can say is u raised ur bar to a new level today and we are proud to have u on board with us.....