The total revenue earned by Central Government and the State Governments after settlement in the month of May, 2018 is Rs.28,797crore for CGST and Rs.34,020crore for the SGST. 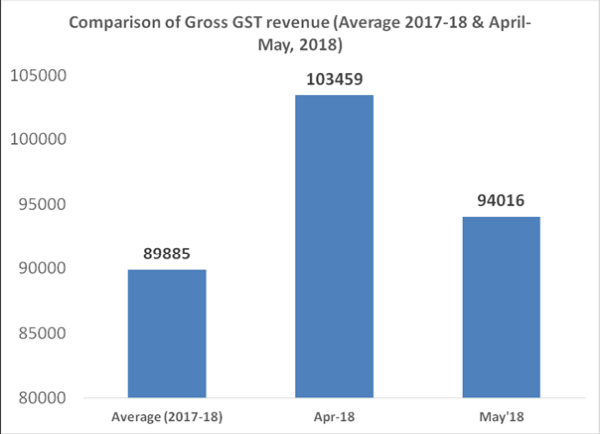