eRUPI voucher will help everyone in targeted, transparent and leakage free delivery: PM

eRUPI voucher will play a huge role in making DBT more effective and will give a new dimension to digital governance: PM

We see technology as a tool to help the poor, a tool for their progress: PM

India has the ability to give global leadership alongside major countries of the world in innovations, use of technology and in service delivery: PM

World is recognizing the impact of the work done in the last 6-7 years for digital infrastructure and digital transactions in the country: PM 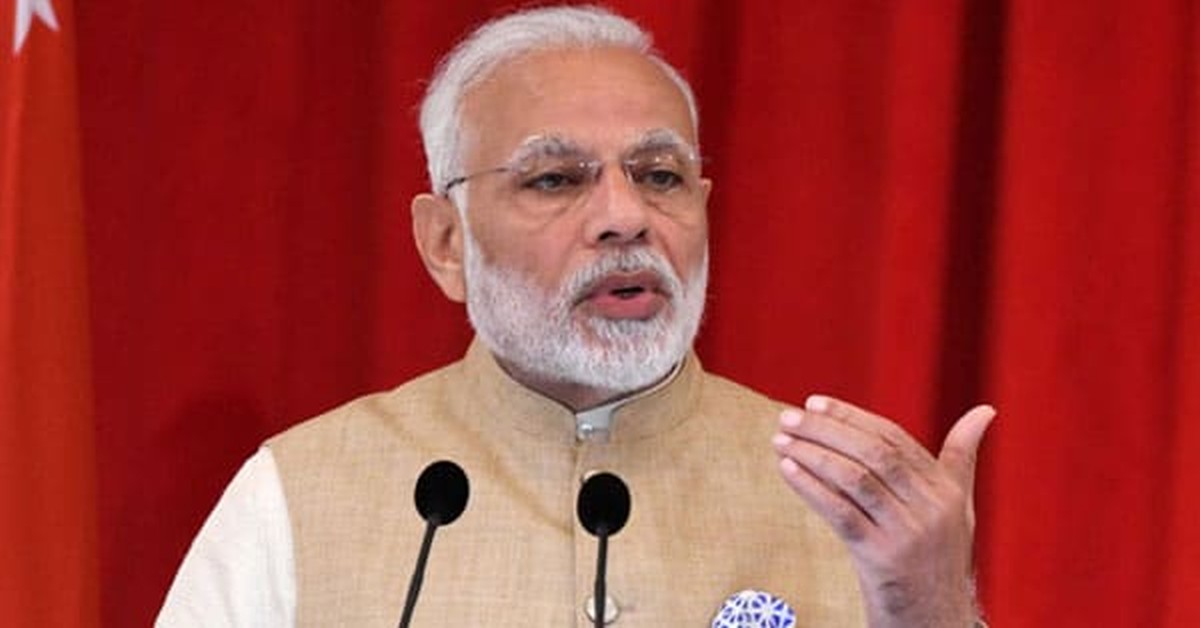 Addressing the event, the Prime Minister said that the eRUPI voucher is going to play a huge role in making DBT more effective in digital transactions in the country and  will give a new dimension to digital governance. This will help everyone in targeted, transparent and leakage free delivery. He said e-RUPI is a symbol of how India is progressing by connecting people’s lives with technology. He also expressed happiness that this futuristic reform initiative has come at a time when the country is celebrating the Amrit Mahotsav on the  75th anniversary of independence.

He said in addition to the government, if any organization wants to help someone in their treatment, education or for any other work, then they will be able to give an eRUPI voucher instead of cash. This will ensure that the money given by him is used for the work for which the amount was given.

The Prime Minister said eRUPI is person as well as purpose specific. eRUPI will ensure that the money is being used for the purpose for which any help or any benefit is being provided.

The Prime Minister recalled that there was a time when technology was considered a domain of the rich people and there was no scope for technology in a poor country like India. He remembered when this government took technology as a mission, it was questioned by the political leaders and certain types of experts.  He added that today the country has also denied the thinking of those people, and has proved them wrong. Today the thinking of the country is different, it is new. Today we are seeing technology as a tool to help the poor, a tool for their progress.

The Prime Minister noted how technology is bringing in transparency and integrity in transections and creating new opportunities and making them available to the poor. He mentioned that for reaching today’s unique product, foundation was prepared over the years by creating the JAM system which connected mobile and Aadhaar. Benefits of JAM took some time to be visible to people and we saw how we could help the needy during the lockdown period while other countries were struggling to help their people, said the Prime Minister. He noted that in India, more than seventeen and half lakh crore rupees have been transferred directly to the accounts of the people via Direct Benefit Transfer. More than three hundred schemes are using DBT. 90 crore Indian are being benefited in some way or the other through in areas like LPG, ration, medical treatment, scholarship, pension or wage disbursal. 1 lakh 35 thousand crore rupees have directly been transferred to farmers under PM Kisan Samman Nidhi, 85 thousand crore rupees for government purchase of wheat were also disbursed in this manner. “The biggest benefit of this all is that 1 lakh 78 thousand crore rupees were prevented from going to the wrong hands, '' he added.

The Prime Minister noted that development of digital transactions in India has empowered the poor and deprived, small businesses, farmers and tribal population.  This can be felt in the record of 300 crore UPI transactions in the month of July amounting to  6 lakh crore rupees.

The Prime Minister said India is proving to the world that we are second to none in adopting technology and adapting to it. When it comes to innovations, use of technology in service delivery, he said that India has the ability to give global leadership alongside major countries of the world.

The Prime Minister said that the PM Svanidhi Yojana has helped more than 23 lakh street vendors in small towns and large cities of the country. During this pandemic period, about Rs 2300 crore has been disbursed to them.

The Prime Minister said the world is recognizing the impact of the work done in the last 6-7 years for digital infrastructure and digital transactions in the country. Especially in India, a huge base of fintech has been created which is not present even in developed countries, he added.