The opposition party took to Twitter and expressed serious concerns on the structural issues in GST, the tweet from the party's official handle read, "An ill-conceived GST, serious structural issues and a govt that is determined to defend unto death their own ineptitude - the unfortunate recipe that has landed the Indian economy in the trouble it's in." 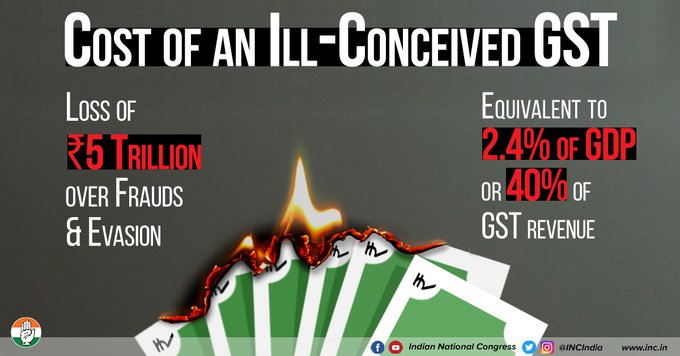