On February 12, 2016, ICAI elected its new torchbearers CA. M. Devaraja Reddy as the President and CA. Nilesh S. Vikamsey as the Vice-President for year 2016-17. 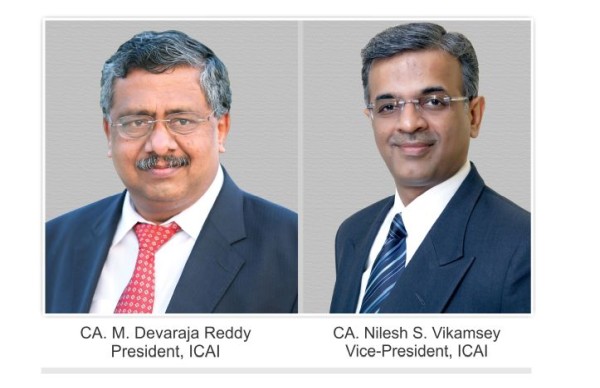 A person of professional vigour, dynamism, high integrity and expertise,CA. Nilesh S. Vikamsey is the new Vice-President of the Institute of Chartered Accountants of India(ICAI) for the term 2016-17. He was elected as the Vice-President of ICAI by the 23rd Council of the Institute on February 12, 2016. He has been a member of the ICAI since 1985. Having gained deep insights into the profession as a fellow member of the ICAI with more than 30 years of impeccable professional standing, he has served the ICAI and the profession as a Central Council Member since 2010.