As a measure which directly benefits Startups & Innovators in the country, especially those who are supplying products & services on e-commerce platforms, and in order to bring in more unincorporated businesses into the organized corporate sector, the incorporation of One Person Companies (OPCs) is being incentivized by amending the Companies (Incorporation) Rules to allow OPCs to grow without any restrictions on paid up capital and turnover, allowing their conversion into any other type of company at any time, reducing the residency limit for an Indian citizen to set up an OPC from 182 days to 120 days and also allow Non-Resident Indians (NRIs) to incorporate OPCs in India.

In addition, the fast track process for mergers under the Companies Act, 2013 has also been now extended to also include mergers of Startups with other Startups and with Small companies, so that the process of mergers & amalgamations is completed faster for such companies.

The amendments to the Rules governing OPCs will cover the following, w.e.f  01st April 2021 (click here for NOTIFICATION 1 &  NOTIFICATION 2): 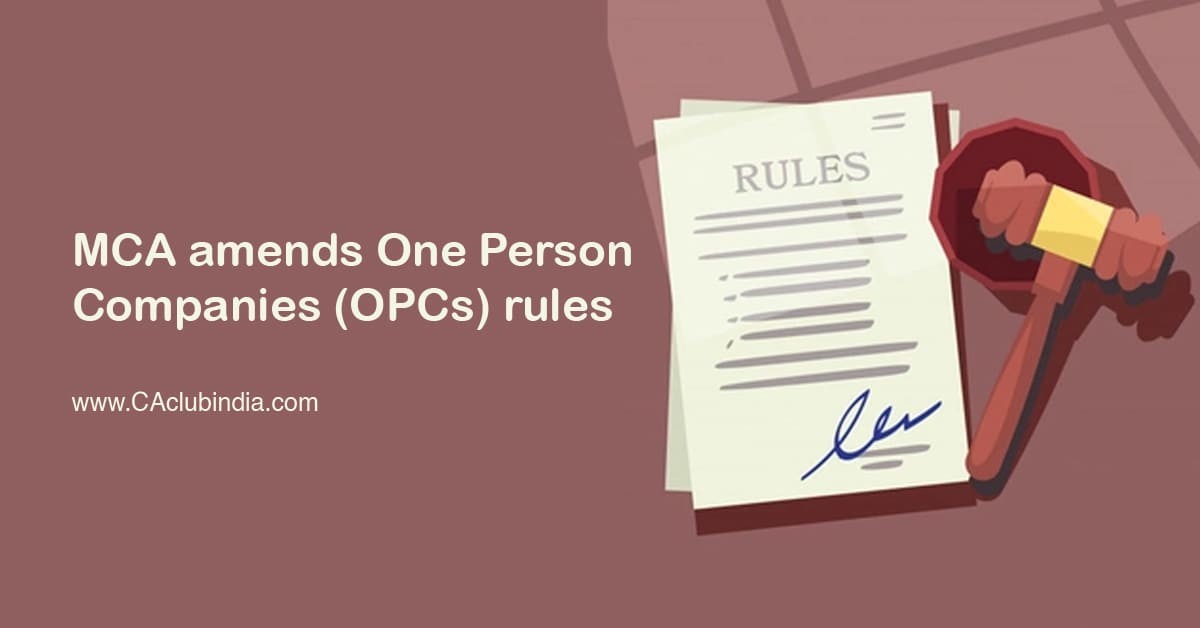