The Department of Expenditure, Ministry of Finance has released an amount of Rs.12,351.5 crore to 18 States for providing grants to the Rural Local Bodies (RLBs).  This amount is the 2nd instalment of basic grants released in the financial year 2020-21.

The grant has been released to 18 States who have provided the Utilisation Certificate for the first instalment and on the recommendation of the Ministry of Panchayati Raj.

The grants to RLBs are released as per the recommendations of the 15th Finance Commission to create community assets and improve financial viability of the RLBs.  The grants are provided to all the three tiers of Panchayati Raj -  Village, Block and District to enable pooling of resources across villages and blocks. 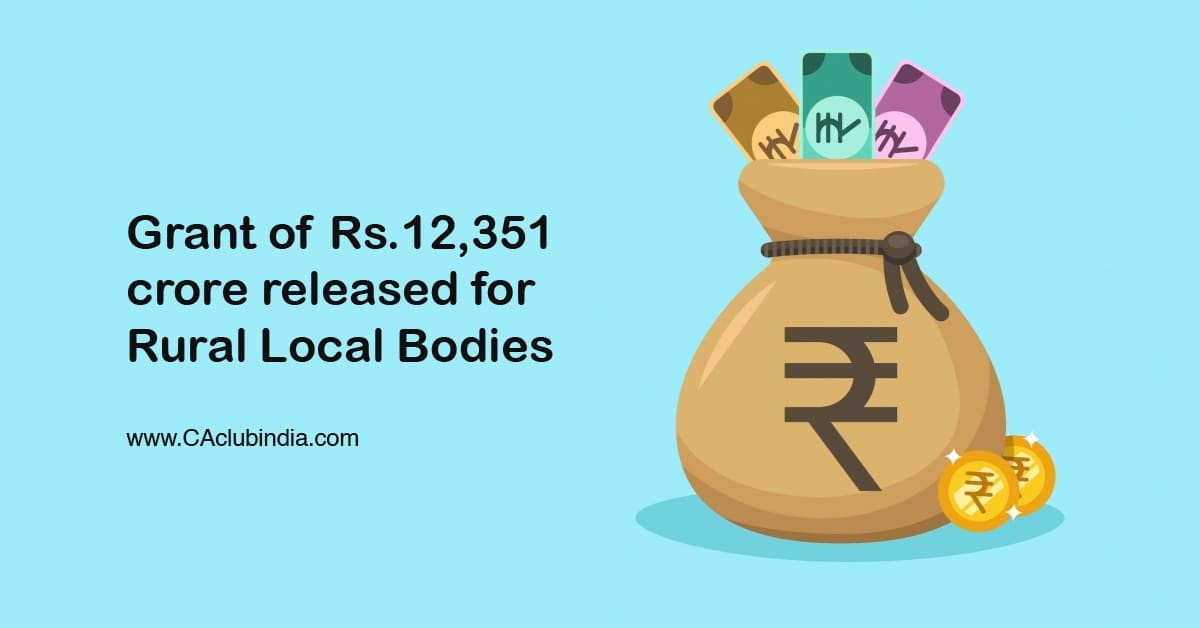 The 15th Finance Commission has recommended two types of grants to the RLBs – basic and tied grants.  Basic grants are untied and can be used by the local bodies for location specific felt needs except for salary or other establishment expenditure.  The tied grants can be used for the basic services of (a) sanitation and maintenance of Open Defecation Free (ODF) status and (b) supply of drinking water, rain water harvesting and water recycling.

The grants are meant to ensure additional funds to RLBs over and above the funds allocated by the Centre and the State for sanitation and drinking water under the Centrally Sponsored Schemes like Swachh Bharat and Jal Jeevan Mission.

Earlier, the first instalment of basic grants to RLBs and arrears of 14th Finance Commission amounting to Rs.18,199 crore were released to all the States in June, 2020.  Subsequently, the 1st instalment of tied grants amounting to Rs.15,187.50 crore was also released to all the States.   Thus, a total amount of Rs.45,738 crore of both basic and tied grants has been released so far by the Department of Expenditure to the States for RLBs.  State-wise amount of the grants released so far is enclosed.