The Government is committed to working towards ensuring policy certainty said Union Minister of Finance and Corporate Affairs Smt. Nirmala Sitharaman, while interacting with Industry captains at a Confederation of Indian Industries (CII) interaction held at Mumbai today. The regulators also had a key role in ensuring the same and the Government is working with them as well on this important issue, Smt. Sitharaman added.

Expressing the Government’s keenness to facilitate trends and sectors that are the future of the Indian economy, the Finance Minister acknowledged that there are seminal changes happening in the financial sector, which the government policy should facilitate. The economy is moving gradually from a bank-led lending model to a more market-based finance model. Also once the Development Finance Institution is operational, it will perform the function of long-term lending which traditionally has been done by banks. Smt. Sitharaman added that this would increase competition for the banks and also improve their efficiency. 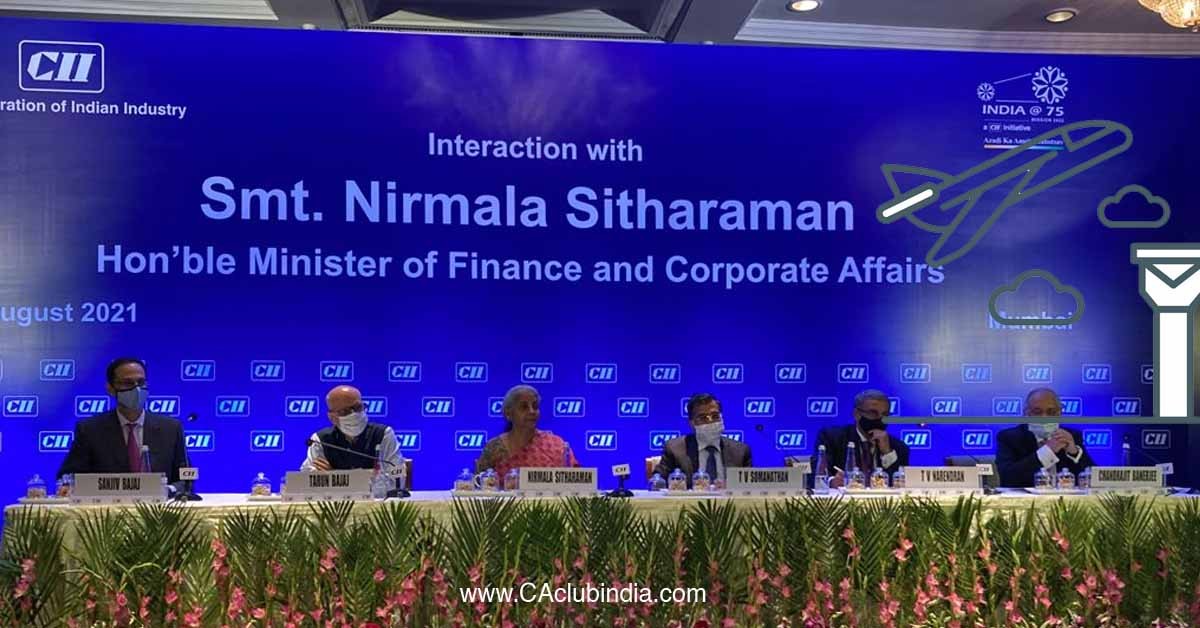 Praising the risk-taking ability of the start-ups, Smt. Sitharaman urged industry to also come forward and take risks and assured Industry captains of addressing issues related to competitiveness including high power tariffs, and the issues related to cumbersome regulatory compliances.

Dr T.V. Somanathan, Finance Secretary & Secretary Expenditure, Ministry of Finance, in his address emphasised that the government trusts wealth creators.  Responding to suggestions from industry, Dr Somanathan, shared that the Government is exploring on instituting insurance bonds as alternatives to bank guarantees. On the issue of arbitration awards being typically appealed, Dr Somanathan said that a behavioural change is required. On increasing the pace of vaccination, Dr Somanathan expressed that the Government has been very aggressive in procurement, even relaxing procurement guidelines. The constraint was on the supply side which is likely to be addressed soon, as new vaccines become available.

Shri Tarun Bajaj, Secretary, Revenue, Ministry of Finance, mentioned that the Department of Revenue was working on the tax related issues of start-ups and sought industry inputs on the same.

Earlier, while sharing the CII suggestions for a robust recovery, Mr T. V. Narendran, President, CII, said that for growth to take deep roots, sustained demand is critical, and the immediate source of demand has to be government expenditure. Welcoming the Government’s push to capital expenditure, Mr Narendran recommended frontloading of the committed capital expenditure, especially on infrastructure and added that the revenue buoyancy seen in the first quarter has created fiscal room for this frontloading.