Winding up of Pvt. Ltd., company

what is the procedure for winding up of Pvt Ltd., co.

do we need to file a petition before high court

NO NEED TO FILE PETITION BEFORE HIGH COURT

no need to file petition and now Ministry has come with exit scheme u can go to this route which very easy and no procedure u can say. only indemnity and affidavit by two directors will solve this prob. last date is 31st aug, 2010.

find attached here with the whole scheme for ur ref.

Easy Exit Scheme is different from Winding up

no need to file petition before High Court

Off. Liquidator will do this work

no need file any petition before court , just appoint official liquidator who will serve the purpose ofr you may go for easy exit scheme as per details attached with earlier reply.

thank u so much for all

what r d qualifications of an official liquidstor

5[448. Appointment of Official Liquidator.—(1) For the purposes of this

Act, so far as it relates to the winding up of a company by the Tribunal, there

shall be an Official Liquidator who—

accountants or firms having a combination of these professions, which

the Central Government shall constitute for the Tribunal; or

approved by the Central Government from time to time; or

Provided that, before appointing the Official Liquidator, the Tribunal may

give due regard to the views or opinion of the secured creditors and workmen.

What could be an escape route for default in Annual filings before  ROC since it was all made e-filing in respect of a defunct Pvt Ltd Coy. ? Can the Exit scheme be of use ? The Coy. have no cash flow even to pay ROC fees

In this Scheme any int person can file an application for re opening the company for next 20 yrs means real dissolution only after 20 yrs.

As per easy Exit Scheme the company is non working from April 01, 2008 or before and Bona Fide company. then only it can take benefits.

Does it provide for re-activating later, after opting for Exit Scheme, now ?

Is it possible that the defunct Coy. with huge accumulated losses be useful for some

It could be suggested for tax-management !

Voluntary Liquidation is one of the area of my Practise. I am a Liquidator of a few Private limited Companies under Voluntary liquidation.

There has been some confusion in understanding the difference in provisions of Voluntary Winding Up ( section 484), Compulsory Winding Up( section 433) and Name strike off of defunct companies(section 560).

So, we should understand the difference between a Liquidator (Voluntary) and the Official Liquidator.

I shall be pleased to reply to the queries of the members on this subject. 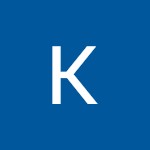 A pvt ltd company having assets, no creditors and no debtors needs to go in for voluntary winding up.  The company owns an office premise . Does this need to be sold or can it be transferred to shareholders taking into account its market value.