To whom it is needed - saving karthik

TO WHOM IT IS NEEDED 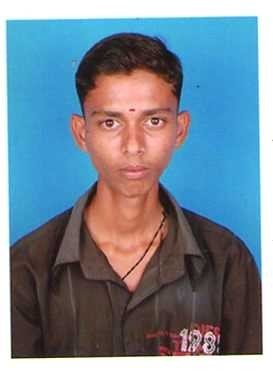 There is hardly any life that has not seen death. I, too, am no exception.

That day when right before my eyes, my friend’s uncle vomited blood and died, I experienced with horror the brutal nature of death like never before. At that time, being dependent on my father for almost anything that required money, I had no other choice but to be a silent spectator to that incident. So, the jobless artist died. And I lost a very dear friend and guide.

The bond that developed between us exists even today without caring a darn about the distance that separates the two people living in the two different worlds. And with him, a hope lives in my heart. Hope – that one day, I would be able to stand beside at least one life like him...

When Vandana started telling me about the boy for whom this post is being initiated, I was having the same feeling – a feeling of helplessness that gripped me some years back. Karthik is a “20 year old boy” who is known to one of the purest and noblest souls of CCI – Varahi. The boy has a brain tumor. He has to undergo endovascular embolization – a medical procedure to cure the disease that would cost around 5 lakh rupees (by 2011 estimates) by 15th July, 2012. He comes from too poor a family to bear with such exorbitant sum. And this time too, I am not in a position to play the role of a savior all by myself.

But when she told me about the idea of CMA. CS. Sanjay Gupta, I saw light at the end of this dark tunnel – my feeling of helplessness. It has been his idea to appeal to the CCItes for donating money - whatever amount they can donate – in an effort to save the boy’s life. Of course, the CACLUBINDIA with such huge number of members has the potential to become revolutionary platform in discharging our social responsibilities. For the sake of argument, if we assume that only 3-5% members are active and they are willing to donate according to their financial status, - in future, not just this boy but many like him will owe their lives to these members of this truly great platform.

We had to exercise great caution regarding the validity of the case for two obvious reasons – money and trust. Money lost can be earned but the same is rarely true for trust. Several times over the past 2-3 weeks, Varahi contacted the family of the boy in order to collect all the relevant documents (attached herewith) that may prove that the case is a genuine one. Another member of CCI from Chennai – Eklavya, after checking the above captioned documents, has confirmed the same to be genuine. As he didn’t know about Karthik beforehand, his confirmation has added more neutrality and validity to the cause.

There is a technical problem though -

Depositing the cash to the said SBI bank account will attract minimum charges of Rs 25. So the person who are willing to contribute may raise the funds from their end and deposit the amount in the account mentioned herein above or may get the funds transferred without any charges using the online fund transfer facility. It will be very difficult to deposit the amount individually because if someone wants to contribute say Rs. 50 then he will have to pay charges of Rs 25 for depositing the amount. So Members are also requested to suggest us some other methods through which more people can contribute for this cause.

But, as I have known the respected senior members of CCI and also my friends, sisters and brothers over the last one year, such a problem would not deter them from being a part of this mission to save a life.

With this hope and belief I remain for the moment.

The Medical Documents of Karthik are attached below for your kind perusal.

We spend lots on hoteling and other luxury...Can we not help to Kartik by just contributing a small amount from that part which we spend on hoteling....Thank you Sourav da and Sanjay bhaiya for the initiative.

Request to all CCI member come together and become part of the social cause and help Kartik.

I think that in CCI atleast 8000 to 10000 members are active and therefore the purpose will serve if everybody contribute 100 to 200 .....only thing we require is unity and a spirit of help.... So pls give information of the a/c in which transfer is to be made.....i appeal everybody to contribute and do something good .... If everything goes right it will be a big achievement for us. May good save karthik's life and spread happiness in his life. Thank you sourav.
7 Like

There is an old saying that DROPLETS OF WAter MAKES AN OCEAN. So accordingly, i request the members here to contribute something and save his life.

Out of 8.50 million members, atleast 5000 come forward contributing just 100, we may reach the desired amount. (Think that we have not used fuel and rather walked for few kilmeters).

May God bless him..plz plz i also request each and everyone to contribute something to save his life...The life of one person is more important than money...plzz kindly contribute to help him..

Bayya if u allow I also wish to share this in different CA/CS/CWA related groups to get more help..

Thank you very much for your views Dear Vandana, Pillai, Saurabh, Karan and Vikas.

@ Saurabh : These are the particulars of the boy -

SIBBLINGS: 4 BROTHER, 1 SISTER- ONE BROTHER WORKING, ALL OTHERS STUDYING.

CURRENTLY KARTHIK IS IN HOUSE AS BED RIDDEN.AS SOON AS 5LAKHS GET READY HE WILL BE OPERATED IN RAMACHANDRA HOSPITAL.

@ Vikas : Of course you can do it. Any such initiative is most welcome. Such a mammoth effort can be successful only if we are united in our endeavour.

Dear CCites this case is 100% genuine. I already had a detailed discussion on this topic with Sanjay Gupta Bhaiya. Lot of friends have promised me to help me in this cause. I need your support as this is impossible without your help.

Different ways by which one can help this guy :-

(4) Last but not the least pray for this boy

thank u Sourav bhai
may god bless him
Request to all CCI member........please kindly contribute to save his life

May God Bless him...

Request to all CCI member........please kindly contribute to save his life...

This is really good initiative bhaiya ...

I will also share the same with all people around me ...

Some people can just tend to think what will happen even if I contribute 100 rs....

it won't constitute 5 lakh ...But if we all start thinking like that ...then nothing good can happen ....

If we can share some money ( as we can contribute )  then others can even think that we should also do the same ....

Just like a choti si smile can bring the whole positive environment.....

likewise , adding the small amount will turn into big one.

Success starts with a little step , but ends with  huge celebration...

And this is not just for Karthik, it's everyone's dream that we should do something good in our life which could  be helpful to others.

I would also request admin to come forward and join this initiative ,so that we all can provide the biggest support as we really wish and praying to so.